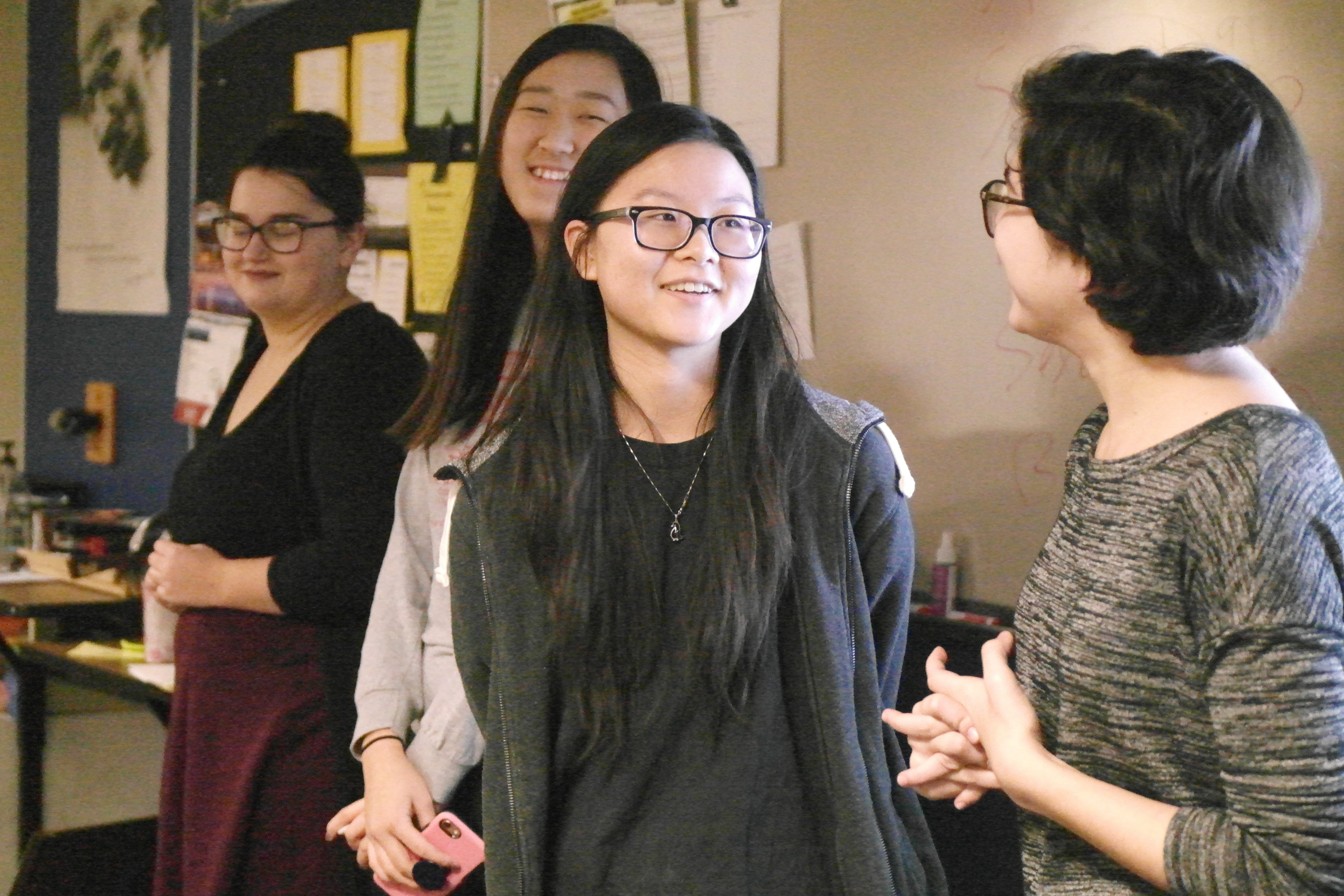 Politics today has been portrayed as aggressive and insensitive. Even the mere mention of something slightly political makes many people uncomfortable. However, a few political groups from the northwest Ohio region met and discussed political ideas and questions.

On December 6th, the Perrysburg High School Students For Change club met with Perrysburg High School’s Young American’s For Freedom club and the Maumee Valley Country Day School Young Democrats club to discuss some political topics, ideas, and questions. The debate was set up as a classroom-style “Agree/Disagree/(Neutral/Both/I don’t know)” format in which the club members would pick a side of the room that corresponds to their response to the statement. A few topics discussed were gun control and minimum wage. Each topic was set up into sub-questions or statements about the topic in question. In addition to this, there were a few ideological questions that were not politically motivated that were used to break the ice. The questions and statements asked during the meeting included;

“It is better to base our decisions based on emotion over logic?”

“I think minimum wage should be a living wage (above the poverty line).”

The conversations that took place throughout the debate took quite some time to get through because students felt strongly about the subjects at hand and were eager to share their ideas and beliefs and be heard. Therefore, only three questions/statements were addressed during the meeting.

Mr. Josh Spiegel, the advisor for both Perrysburg political groups, said, “I think that it was a good exchange of ideas. I think it would be better if the sides were evened as far as numbers, and I think it might have produced a better conversation if there were smaller groups of conversations instead of a one-on-one type of a deal. I think more people would have spoke because in a larger group setting some people are more and less comfortable with that”

Unlike most debates, which tend to turn into incoherent shouting matches, this debate remained peaceful and thought-provoking for members of each group.

Students for change president Kaitlynh Nguyen said that“It was a good time to just listen to people regardless of political background. There’s no right or wrong. We all have different opinions and experiences, as someone said before. There were many insightful thoughts provided, and it can be a bit complicated, but it really makes you think.”

Students of all ages and backgrounds spoke about their beliefs, and even felt enriched by this debate. J.R. Valentine, a member of the Young Americans for Freedom club, stated that “It was really fun to see other people and what they thought, and have your own ideas challenged to see if you could defend them and see if you really believe it.”

Other participants were appreciative of the ability to discuss politics in an environment where they felt that they could share their beliefs without criticism. Students for Change Member Ben Brady said that “I think it definitely was a wonderful opportunity to be able to converse and actually have these deep difficult conversations we too often avoid in society. The only way that we can grow as individuals is through disagreement. By avoiding disagreement we only shrink ourselves down as a whole, because our individual minds can only grow through hearing counterclaims because that’s how we challenge our own ideas. And that doesn’t mean we give up our ideas, but also we look for more concrete evidence to support our ideas. We’re never going to be able to understand each other, fully, unless we’re able to converse and have these difficult conversations. And that doesn’t mean it needs to escalate- it is a choice. It’s not something that has to happen when politics are brought up. It can just be a peaceful, debatable topic, that people can converse about and grow as individuals.”

At the end of the day, everyone was looking forward to more debates in the future. Students for Change member John Miller commented, “I really liked the debate. I thought it was really cool how we were able to get people from both sides of the political aisle, and also people from other schools. I thought that it was cool that there were so many people from within the area that share the same political views that I do. I really hope that we can do something like this again.”

“I thought that was a fantastic debate,” said Young Americans for Freedom vice president Austin Berkebile. “I enjoyed it. I really like getting different opinions and views from the other side and hearing different points of view, because I always try to take in other points of view so that I can broaden my own perspective and concrete my own ideas. If they can challenge me and I can give back a competent answer that I truly believe and that I can defend that further concretes my belief in what I say, then I can make further arguments in the future. I think that it is something that people should definitely get more involved in, and possibly just try out.”

Members from both groups encourage everyone to join in on future debates, as each side left feeling as though they not only had a good discussion but also learned something new.