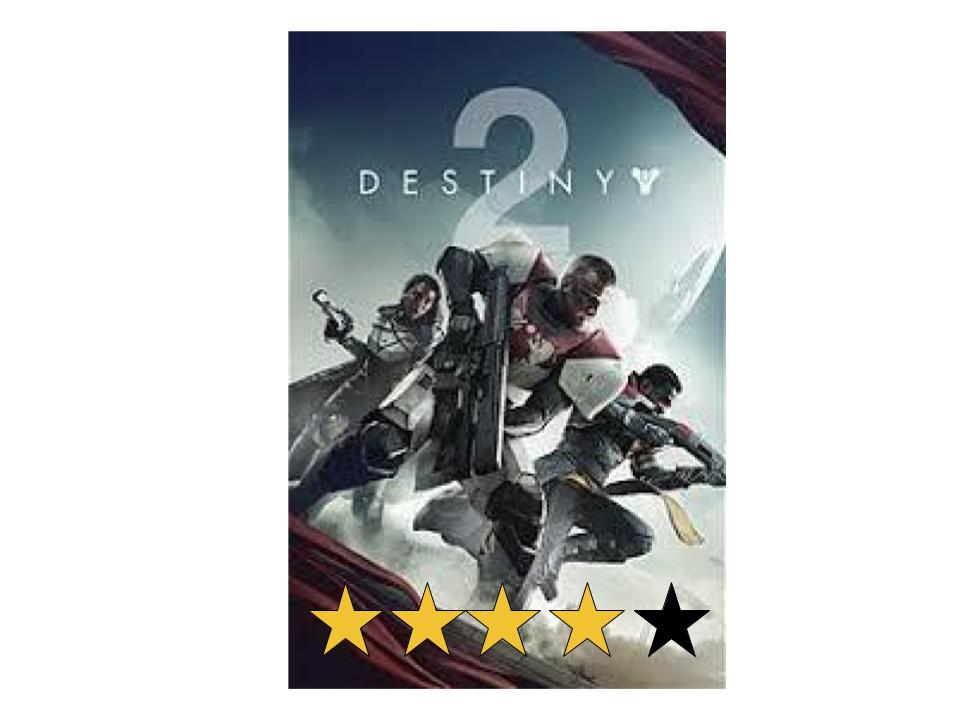 After almost three years since the first “Destiny” came out, all of its fans got the treat of the reveal trailer for the game’s sequel “Destiny 2.”  As the name suggests, “Destiny 2” is the sequel to the action MMO (Massive Multiplayer Online), RPG (Role Playing Game) game Destiny which was made by Bungie and published by Activision.

A new alien threat has come to Earth and has taken control of the last city on Earth. This group is known as the Red Legion. The focus of the game is building up your guardian to help take on the Red Legion and take back the city.

“Destiny 2” earns itself a 4 out of 5 stars.  The reason why the game this is because it is a fun game to play if you can get your friends on at the same time, but if you go in it alone the game loses some of it’s fun. The game does offer the chance to complete it by yourself but a lot of its aspects are made for multiple people to playing.

When you first boot up the game, saying you didn’t play the first Destiny, you get to create a brand new character, and when you do that, you have the choice between three different classes: Hunter, Titan, or Warlock.  Each of these has their own different ability that will help the player through the game. As the player progresses they can unlock new abilities for their class.

In the game, the person has two different levels that they have to worry about increasing. The first is your normal level which at the moment it has the maximum of 20, this level is based around gaining experience points from doing different events throughout the game the second level is known as your power level which can from 0 to 300. This level is increased by gaining more powerful gear. The level is calculated by taking an average of your gear levels.

“Destiny 2” follows most of the same game mechanics as the first game, like go around do quests get better loot and so on. In “Destiny 2” when you are playing you can just go around the world and when you kill an enemy it will drop one of the engrams but it automatically becomes a piece of gear unless you find one of the legendary or exotic engrams. This is a big help to players because that means they can continue their gameplay. Another major change that came to the game was the developers put more of their time in building a story that the player can get behind. Due to the fact that not much had been changed from the first game to this one if you did not like the first one you will not like this one.

One of the big downfalls of this game is you need to be connected to the internet to play, so if you do not have access to the internet you are unable to play it. Another downfall is once you get to the endgame (when you beat the main story of the game and still play the other parts of it) the game is basically a grind to get better loot and that in times can get tiring because you keep doing the same activities non-stop. With these downfalls that is what kept this game from getting the 5 out of 5.

eSomethin appreciates community feedback on how you would review this item so tell us your view on this by clicking here.