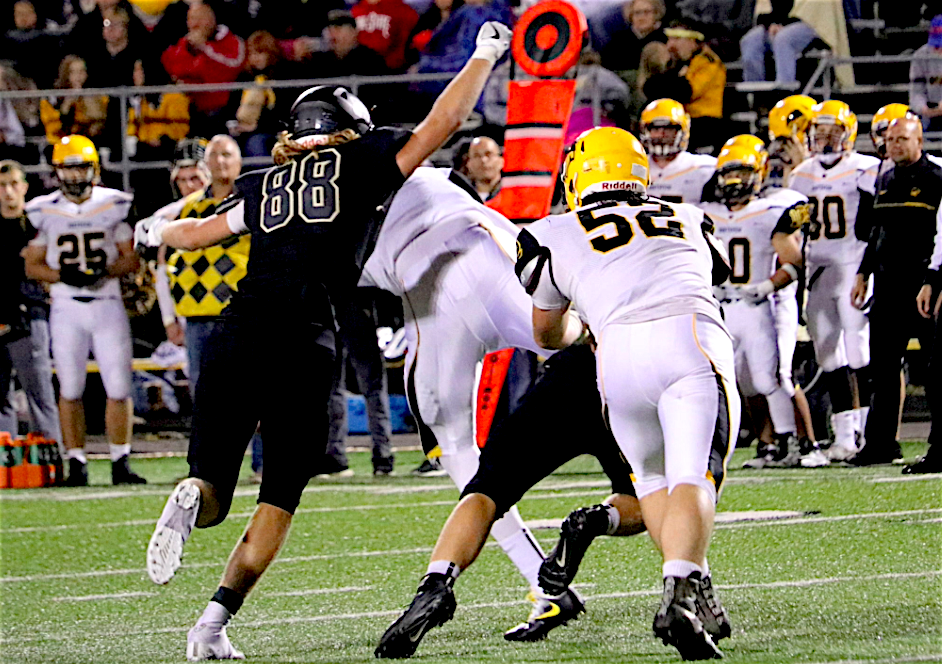 Then, just recently in 2016, there were two-hundred and forty-four diagnosed head concussions among NFL players. Hearing about this is enough to cause some worrying among families with their children who play football, even as high schoolers.  Are high school players at risk?

Coach Kregel, the head football coach at Perrysburg High School, seems to disagree with the NFL and Hollywood demonizing the sport: “I think it’s dangerous to an extent because other sports don’t have the collisions involved with football. I think the danger of head injuries has been greatly exaggerated because of all the focus on head injuries in the NFL…”.

Mr. Kregel adds, “…the incidents in concussions of high school football is no greater than girls soccer…”. When asked if Perrysburg High School’s football team has experienced any head injuries, Coach Kregel replied, “We have, yes, and it’s part of football. It’s something you try to educate the kids with, but anytime two people are colliding with each other you have head injuries. Ours have been more with them falling on the ground and hitting their head on the ground than collisions.”

However, there is a significant difference between NFL collisions and high school football collisions. The average high school male weighs around 103-195 pounds while the greatest average weight of an NFL player is 245.9 pounds, so when two players collide, the players of the NFL may face a greater impact.

The Perrysburg High School nurse, Mrs. Debbie Reddick, agrees with Coach Kregel: “I probably see as many concussions from soccer as you do from football.”

Although, she believes any concussion should not be taken lightly, “If they are really symptomatic we might tell them, ‘Let’s do half days,’ and they might come in and do their morning half and the next day they might do their afternoon, but if they jump back into things too fast or too intense their brain is gonna shut down on them.”

However, Reddick deals with much more than just football cases. The Perrysburg athletic trainer, Garrett Walker, deals with football solely. Walker talks to the coaching staff to give them some tips to prevent any head injuries or concussions and tries to provide information on how to play the sport correctly to not be seriously hurt.  When players are injured, Walker does everything he can to heal the player, from therapy to icing or rest, he makes sure the player is better before sending them back on the field.

Walker concludes, “Any sport that is full contact can be considered dangerous, and athletes are at risk. But, we do our best to make sure that pads/helmets are reconditioned each year to protect players to the best of our ability.”

The professionals at Perrysburg High School agree that high school football is not the most dangerous sport. They all believe that any contact sport can be considered dangerous. So, don’t get all worked up when a football player gets injured; it could happen to any athlete!