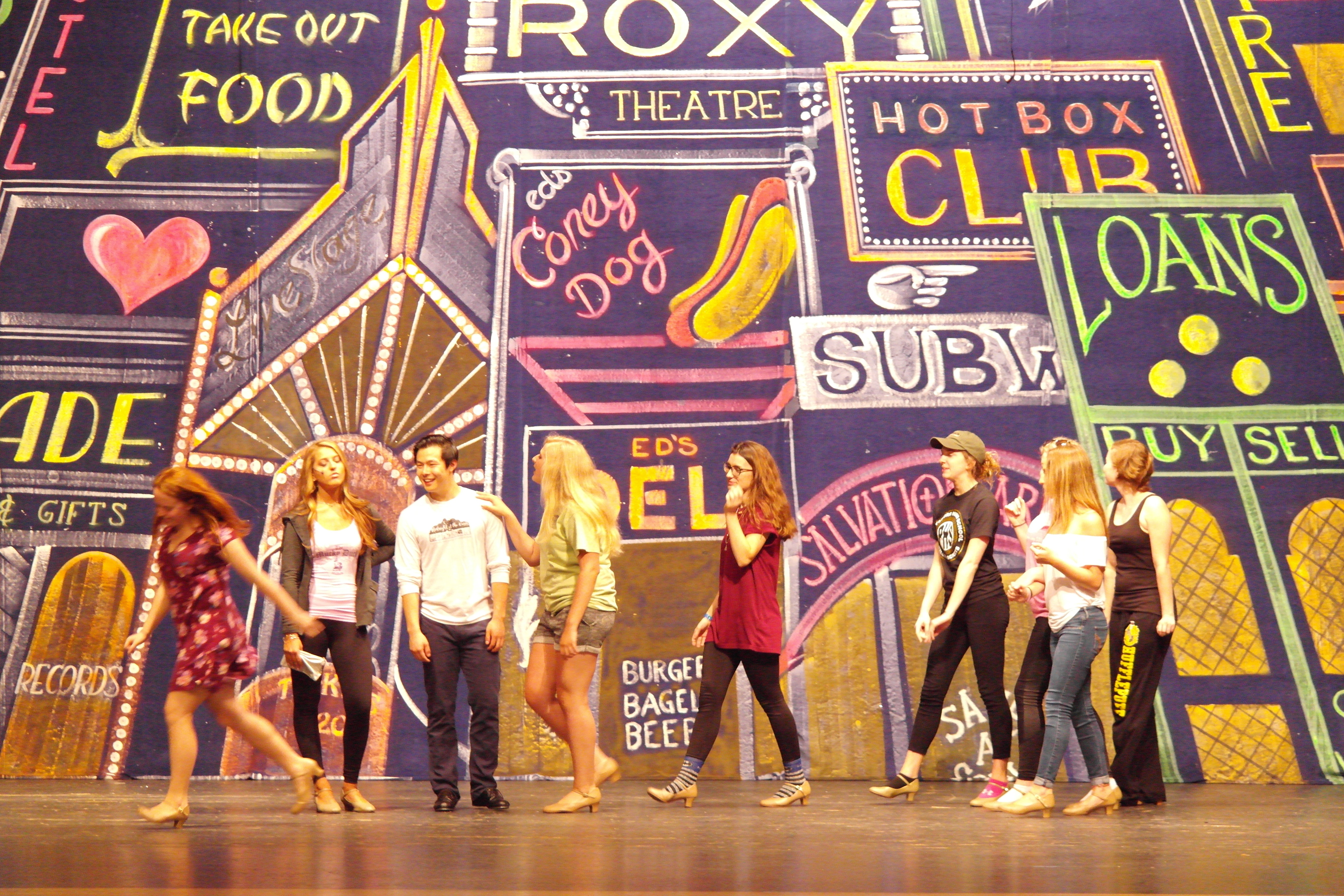 As Andrew Hogle says, “Who doesn’t love a Western, meets tap dance, meets comedy?!” The drama department encourages all students and families to make their way to the High School Auditorium April 27-29 to check out this year’s super fun and whimsical musical! Crazy For You is a story surfaced around a character named Bobby Child and his love for Polly, another character. Bobby Child risks losing the heart of Polly when he is told to foreclose on a theater, leading him to decide to put on a play to raise money and keep it open for her. You find out later in the play that this effort is ineffective, although it does lead the way for new success and finding true love.

Andrew Hogle, an actor in the production, gave a brief overview on what to expect from his character saying, “I am the crazy Hungarian guy, that happens to be drunk a lot. His name is Bela Zangler and he is a really fun character to play. He has a desire to be with this dance instructor, named “Tessie”, who is another character of the show.  It’s really fun, and the cast this year is really great!”

amount of time that we have put into this really made the the show exceptional. I’d really consider coming down to see it, it’ll be such a good time. I mean it’s great!”

Mr. Rob Gentry, head of the drama department also had a few great things to say about this production! “I think people will really enjoy this spring musical because it’s a very funny script, there is also many familiar songs, awesome sets and costumes, and overall a big bang for your entertainment dollar! This is one of my favorite musicals because the storyline is so funny and the dancing and the songs are one that will have the audience tapping in their seats!”

So as you can see, with the time and effort the cast and crew have put into this musical, it is sure to be a hit! The shows will be April 27-29, at 7:30 p.m. and then an early show April 30th at 2:30 p.m. Tickets can be purchased online at  www.tinyurl.com/perrysburgtheatre, 13 dollars apiece, or you can buy them at the box office which is open Monday, Tuesday, and Wednesday 7-8. Tickets will also be sold before school in front of guidance starting Monday the 24th. Students also get a discount half off opening night so make sure to take advantage of that great deal!

Other stories by Tiara Ray on eSomethin:

*Correction: Multiple errors have been corrected in this article since first publication, including show times and the link to purchase tickets.