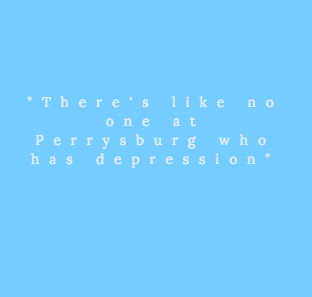 Many people at this school suffer from depression and even more students still seem to have ignorant, and dangerous, misconceptions about depression. All of the following quotes are things that I have personally heard, read, or been told. 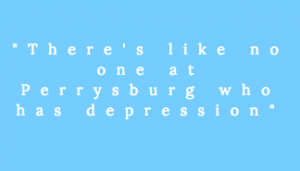 According to the Center for Mental Health Services, 1 in 8 adolescents have clinical depression. Depression is a mental condition that can cause severe loneliness, fear, and complete and utter sadness, causing the person it affects to feel lost and helpless. Depression can and has affected people of every age, nationality, gender, orientation, and race. While outside factors are often a cause of developing depression, living in a good area or going to a good school in no way makes a person immune. Depression is not just being sad. It causes extremes

in anger, stress, or can even cause a complete numbness to the world.

Depression is often mistaken for feeling sad. When a person tries
to speak out or even ask for help, many people think it is just emotion. 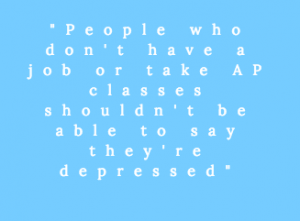 eople who are depressed, especially teenagers, are often told that they have no reason to be “sad.” If a student is not in AP classes, plays a sport, has an after school job, or participates in a club, they often hear that they “have it too easy” to be
depressed. Outside stressors such as bullies, other illnesses, home life, or any unhealthy relationships can lead to the development of

One of the biggest ailments of depression is fatigue. With depression, a person will often wake up exhausted, go
through their day exhausted, and go to sleep exhausted. Sometimes

sleeping is the problem to begin

with. A lot of times depression will not even let a person fall asleep, or it will wake them up with nightmares. Sufferers lose motivation to complete even the most basic tasks.

DEPRESSION IS NOT AN EMOTION. Having depression does not keep a person from enjoying certain things, it does not automatically make someone an introverted person, it does not always make it harder to interact with people. Depression
affects each person differently, some more socially than others.