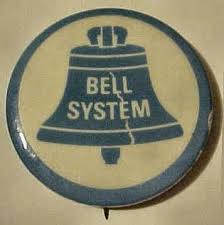 “Change is hard at first, messy in the middle, and gorgeous at the end.”- Robin Sharma

Many students wish to see, or should I say hear, the class bell at PHS change.  No, not the famous “Ding Dong” Bell traded in the Perrysburg/Maumee rivalry — the digital bell tone the marks the end of each class.

There seems to be a generally bad perception about how the bell sounds. Were there reasons that they changed to the new bells? Could we possibly convince the administration to change them back? Are we possibly just overreacting?

Josh Upton, a junior, commented, “The bells are really annoying. We should get the old ones back.”

Perrysburg principal, Dr. Michael Short, said in a recent interview that the reason for the new bells was that the school got an updated PA system. The old system was from when the high school was first built. The main flaw with the old PA system was that there was only one access point in the ENTIRE building, which would be a major security concern if there was an emergency.

Short said, “Now, with the new system, I can access the PA system from my cell phone if I wanted to.”

Short noted the change is meant more as a safety feature than for convenience. If there is an emergency, then Short wouldn’t have to worry that he isn’t in the office. He can easily make an announcement through his phone if he cannot access the main area.

The new system has different bell sounds than the old system. The tricky part for Short is figuring out which bell to use for dismissing students from each class.

“We went with one, but we thought it sounded too close to the announcement sound…..people ended up, when we were going to make an announcement, leaving class.”

Short did state that he is looking for new sounds to use for the bell, so we can look forward to sound trials this week. Also, there will POSSIBLY be a vote on Schoology for the official bell that we will have the rest of the year according to Short.

Despite students’ unhappy response to the new bells, the new PA system greatly increases our safety and we may even get a choice on which bell we get to have. Many other schools do not have the security and choices that we are so fortunate to have.