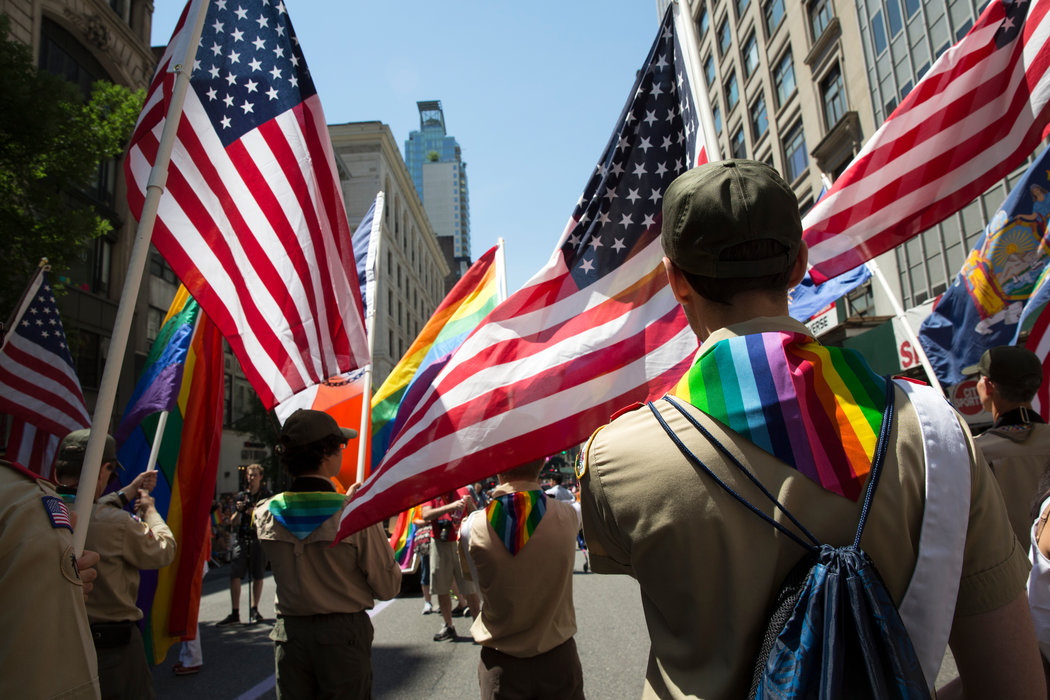 On Monday, January 30th, the Boy Scouts of America officially announced that they will begin accepting transgender boys into the previously ‘boys-only’ scouting program. This new policy takes effect immediately, and puts Boy Scouts in league with the Girl Scouts who have also strived to create a friendly, safe, and inclusive environment for their members.

A statement on the organization’s news site states that they plan “…[T]o work to bring the benefits of our programs to as many children, families and communities as possible.”

For the last century, the BSA has based admission upon the child’s assigned sex on their birth certificate. This fell in line with many other youth organizations at the time. Now, young boys will be considered and admitted based upon the indicated gender identity that families place on membership applications.

“The Boy Scouts of America is committed to identifying program options that will help us truly serve the whole family, and this is an area that we will continue to thoughtfully evaluate to bring the benefits of Scouting to the greatest number of youth possible – all while remaining true to our core values, outlined in the Scout Oath and Law,” the statement concludes.

The BSA’s transgender policy came under critical evaluation after an 8-year-old New Jersey boy, Joe Maldonaldo, was expelled from his Cub Scout pack under the reasoning that Joe did not meet membership qualifications. His family created a lawsuit against the organization, claiming that they had violated the state’s anti-discrimination laws. The family did note that it was not Joe’s fellow scouts that found issue with his gender identity; instead, it was parents and pack officials.

With the new change in policy, Joe’s mother was reported by The Big Story to have received a phone call from a Boy Scouts of America representative offering the chance for her son to re-enroll in his former troop.

Executive Director of Scouts for Equality, Justin Wilson, commended the Scouts on their course of action, “We applaud the BSA for their courageous actions today, but we shall remain vigilant.”

Scouts for Equality also said they plan to push for a more formal policy.

This is one of a few major decisions that the BSA has made regarding LGBT+ individuals in past years. It was only in 2013 that the Scouts opened enrollment to openly gay scouts, and in 2015 lifted a blanket ban on gay troop leaders and their employees.

While many are excited to move forward with the Boy Scouts to accommodate new members, there are some who are not so thrilled.

Fox News author Todd Starnes wrote an opinion piece urging scouts and churches to destroy their ties to the BSA and join a separate organization called Trail Life USA, founded in 2014. Trail Life is a Christian-based outdoors program, similar to the BSA.

Trail Life’s membership standards state that the program “…[I]s currently designed for biologically male children under the age of 18.”, but “While the program is undergirded by Biblical values and unapologetically reflects a Christian worldview, there is also a clearly defined inclusion policy for youth.”

In an open letter, Trail Life’s CEO Mark Hancock says he “…[W]ant[s] to assure you that our bylaws and standards, having been forged in the fires of this cultural battle, are secure against such changes.”

This is obviously a controversial decision on the behalf of the BSA, but nonetheless, I personally believe that it is another foot on the right path.

I do not believe in this because I believe in pushing Starnes’ supposedly “…militant…” agenda. Many of the people I have met who encourage LGBT+ acceptance are kind and patient, albeit a tad frustrated. I believe in treating people as people. I feel that this falls in line with the Boy Scout Law. I feel as though I am qualified to say that, even though I do not identify as a boy, because of my family’s history with the Boy Scouts. Not only that, but I was a Girl Scout as well.

“I will do my best to be
honest and fair,
friendly and helpful,
considerate and caring,
courageous and strong, and
responsible for what I say and do,
and to
respect myself and others,
respect authority,
use resources wisely,
make the world a better place, and
be a sister to every Girl Scout. ” -The Girl Scout Law

According to both Scout Laws, is it not a former and current scout’s duty to be kind, courteous, and respectful, even if we meet someone who leads a different lifestyle than the one an individual knows? Is it not our duty to be courageous and help pave the way to create a safer world for all people? To treat one another as equals regardless of our differences? Is it not our duty to encourage future scouts to do the same?

Would it really be harming children, regardless of their gender identity, to get them involved in programs that encourage positive character traits and life skills? Unless the program I know has changed completely over the years, the Scouts teach finance and business with Boy Scout popcorn and Girl Scout cookie sales, survival skills, athletics, the sciences, and the arts.

I know that the Scouts stand to encourage youth leadership, and change starts with us. Speak out about this! It is hard for an organization to back down with the voice of thousands standing behind it. I know that this is another step in the right direction. We just have to encourage it.