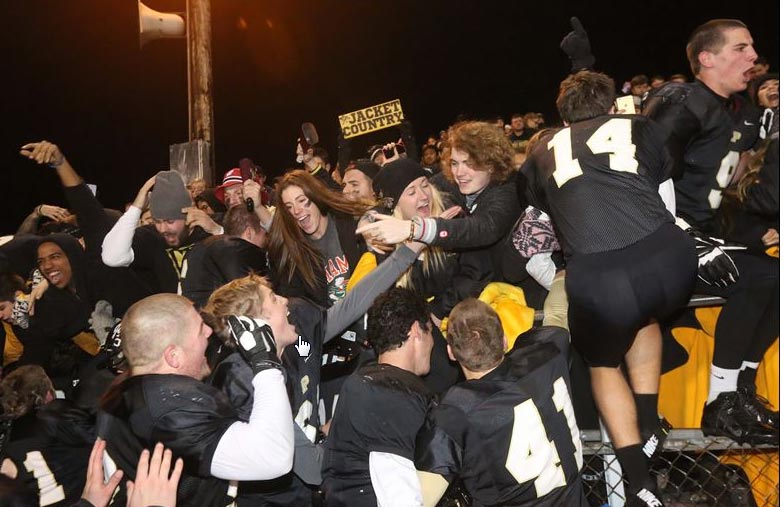 Round 2: Macedonia Nordonia on Friday in Sandusky

The Perrysburg Yellow Jackets rolled to an impressive 56-7 victory over the Massillon Washington Tigers on Friday night in a Division II playoff opener.

It was the first home postseason game ever played at Steinecker Stadium. More than 6,000 people packed the stadium. Perrysburg consistently made big plays on both offense and defense. The Jackets defense forced five turnovers.

>>Check out game photos from The Blade

Leading 21-7 at halftime, the Yellow Jackets scored 35 unanswered points in the second half, including 21 in the third quarter.

Senior quarterback Gus Dimmerling was a huge play maker for Perrysburg (11-0), scoring touchdowns on runs of 25, 5, 56, and 75 yards. Dimmerling finished with more than 300 yards rushing and 112 yards passing.

Massillon Washington, which has qualified six years in a row and has reached the state semifinals 10 times since 1972, finished the season at 7-4.