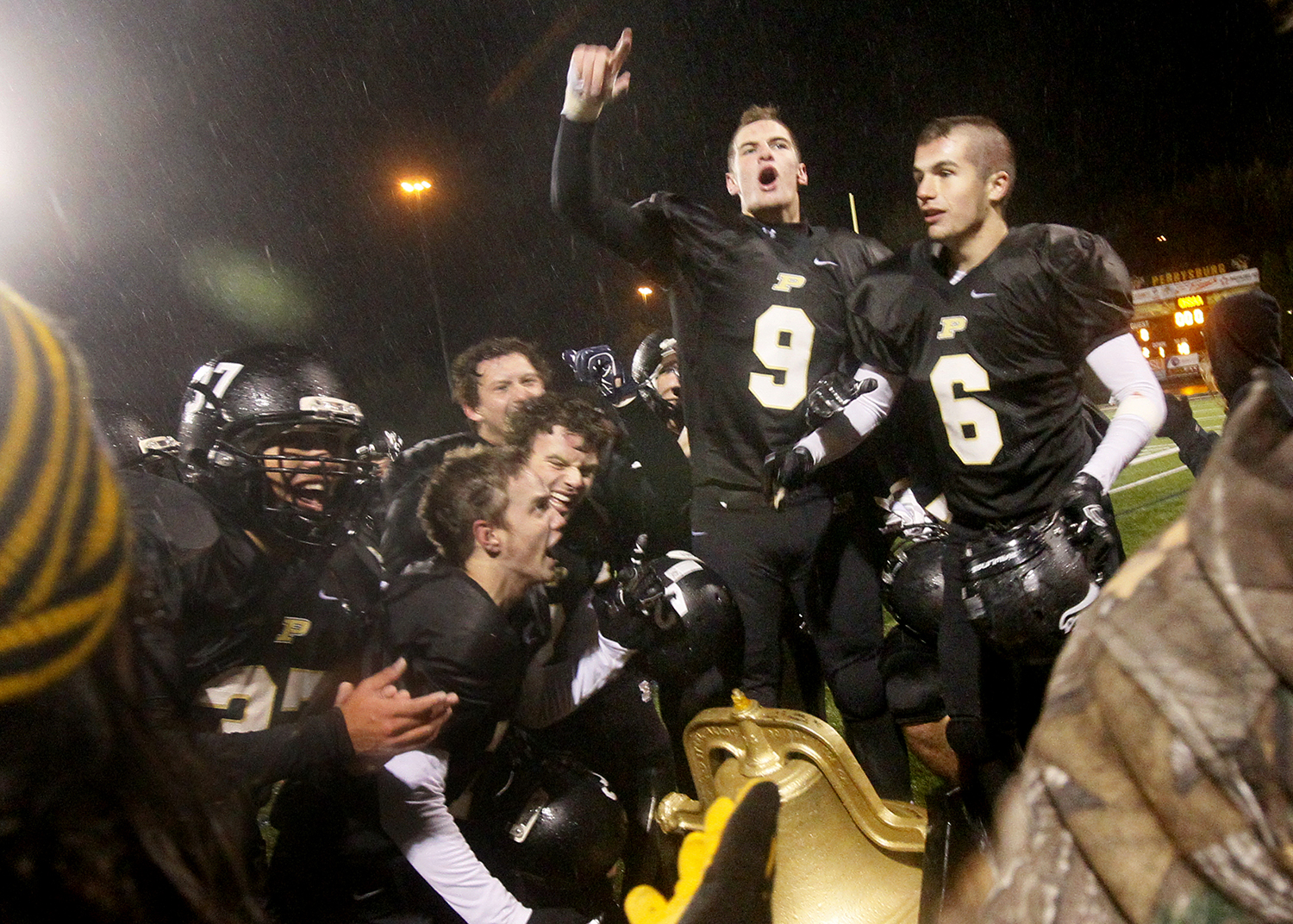 The Highly anticipated game is coming of the home win against Perrysburg arch-rival Maumee.The game, which was played in frigid conditions, was a 36-0 Perrysburg win, catapulting the Yellow Jackets to a 10-0 season.

“The weather definitely contributed to the fan turnout last week.” said Coach Matt Kregel, the Yellow Jackets Head Football Coach. He went on to say, “I expect the best turnout of the season, and hopefully the weather can corporate.”

Massillon Washington is playing a Yellow Jacket team with their first Undefeated season since 1985. The Tigers have a record of 7-3.

“Massillon Washington have a lot of history, a huge following, and a lot of fans going to each of their games.” said Coach Kregel.

“We will definitely have the advantage being at home like the Central game.” He added: “Massillon Washington are a good football team, with their 3 loses against very good schools.”

“We have to keep the ball moving and score points, and make stops on defense.” said Coach Kregel, something the Jackets have been able to do all season.

Those stops will need to be against Massillon Washington quarterback, Danny Clark, a commit to Ohio State. Clark, a sophomore, is originally from the Columbus area but moved to Massillon with his family to play for a top-caliber high school football team.

Kregel on the matter said,“Well just try and stick with whoever has the hot hand.”

The game starts this Friday at 7:30 p.m. at Steinbecker Stadium. Expect a full house.