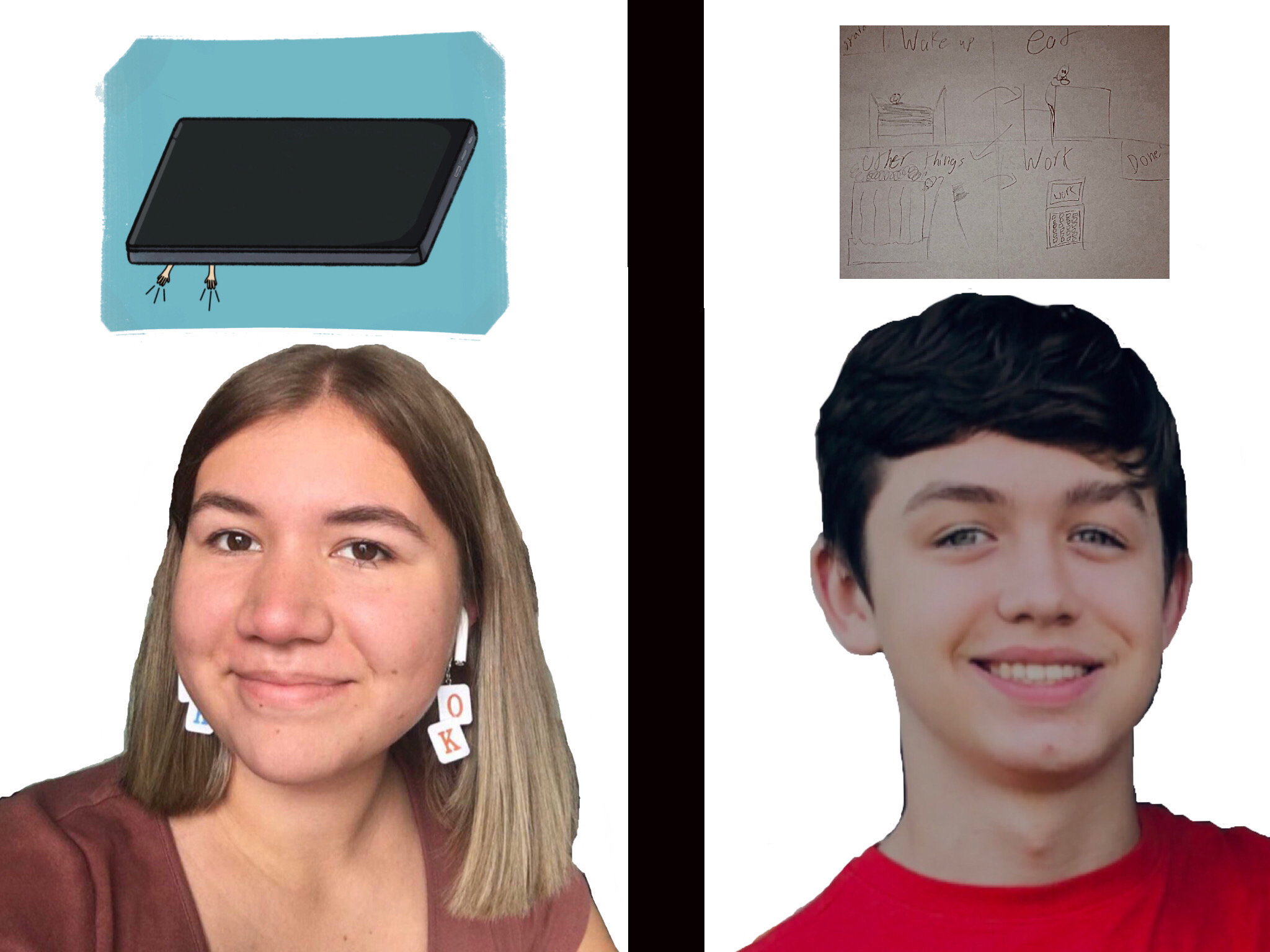 Students at Perrysburg High School have been keeping up with their studies and homework, even during a pandemic! Now six weeks into school, students should have established a routine for their time at home. Whether students are learning online, or (socially distanced) learning face to face, everyone has to get work done somehow.

Caroline McDonald and Preston Kies are both freshmen at Perrysburg High School but they each learn in a different way. Kies opts for the all virtual method, while McDonald learns using the hybrid schedule.

McDonald says that she usually starts school around noon. She said, “It really depends on the night before, because sometimes I go to bed late- when I’m playing games with my friends. Or sometimes I want to go to bed early because I know I have a lot of assignments.”

McDonald works on the assignments that seems the easiest first. She says she likes to do English last, “because that is the class I like to focus a lot more time on. Math is usually first because I have to get out the most materials for that class.”

McDonald says she “absolutely” procrastinates, but then clarified she gets things done, but she often chooses to, “do other tasks besides school work, so I don’t have to do the work.” She said that her “school” takes several hours longer than it does when she’s actually attending school.

McDonald says, “I take breaks depending on how long the assignment is- if I know the assignment is gonna be long, I usually take one break in the middle of it.” And although she said she isn’t too strict on her schedule, she says she always wants to be done with her work by 3pm.

McDonald was asked to draw a sketch of what her life is like as a student in 2020. She got out her iPad and said, “I drew my chromebook, but it’s drawn way bigger than it is. So then, I am being crushed by my chromebook- and you can only see my little hands.” She shares that she feels virtual school at home is a bit of a burden.

“My other idea was me holding up my Chromebook, trying not to be crushed by it, but I thought this was more like it,” she said.

Kies starts his school day around 8 or 9am, and that he gets done with assignments fairly quickly.

According to Kies, virtual learning “definitely has its pros and cons. I like that I can do it whenever I want, and I can moderate it on my own. But, you don’t really get the communication you would get in a normal classroom setting.”

Kies says he tries not to procrastinate but it usually does end up happening. He said he just does assignments in the order in which they appear on the website. He also said that he thinks he learns just as efficiently online as he would in person.

Kies says that everyday he “gets up to shower, brush my teeth and do my basic activities” before starting school. He believes that his schedule has been changed positively since he’s started learning virtually- this lets him have freedom in his day, and go at his own speed.

Kies, when asked if he’d recommend the virtual learning system, said, “Yeah, if they are wanting to do things with their friends outside of school, or wanting to keep the contact. It has helped the bond stick.” He mentioned that he initially decided to do classes online when his friends decided to do it that way.

When Kies drew a picture that represents his day as a student in 2020, he immediately went for a comic strip style. He drew what he does everyday as an online student. He showed his whole morning routine, and how he does his school- with the laptop in the last square of the drawing. Kies says he has a routine set in stone for his days at home.

Both Kies and McDonald agree that a good amount of sleep and some activities to wake up before starting school work are best for virtual learning.

Check out more stories on eSomethin!