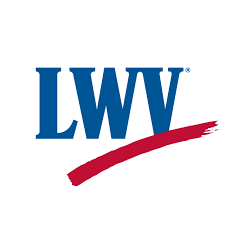 The League of Women Voters celebrates its 100th Anniversary this year, along with the 100-year anniversary for the 19th Amendment, which granted women the right to vote. The League has been around since the Women’s Suffrage Movement transformed in 1920 when women won the right to vote. The League was founded by Carrie Chapman Catt as part of the National American Woman Suffrage Association or NAWSA. The rich history of this organization is based around goals to educate and promote political activity.

The voting laws in Ohio state that anyone who is 17 years old and will be 18 on or before the general election can register to vote, and is eligible to vote in primaries; however, according to the registration age requirements of Ohio, underage citizens cannot vote on “…issues or party central committees” until they are 18 years of age.

Debra Greenley Gorman represented the League of Women Voters of Ohio at PHS to help eligible students register to vote.

Gorman went on to mention the close elections that have occured in the past to confirm that a single vote does matter.

One of the main ways that the League promotes political activity is voter registration. Gorman noted that the League focuses on the education aspect, handing out voter guides for both primaries and general elections for candidates to answer questions and inform voters on where they stand on certain issues while maintaining their nonpartisan neutrality.

For more information on the League of Women Voters of Ohio or registering to vote, visit their site here: https://www.lwvohio.org/