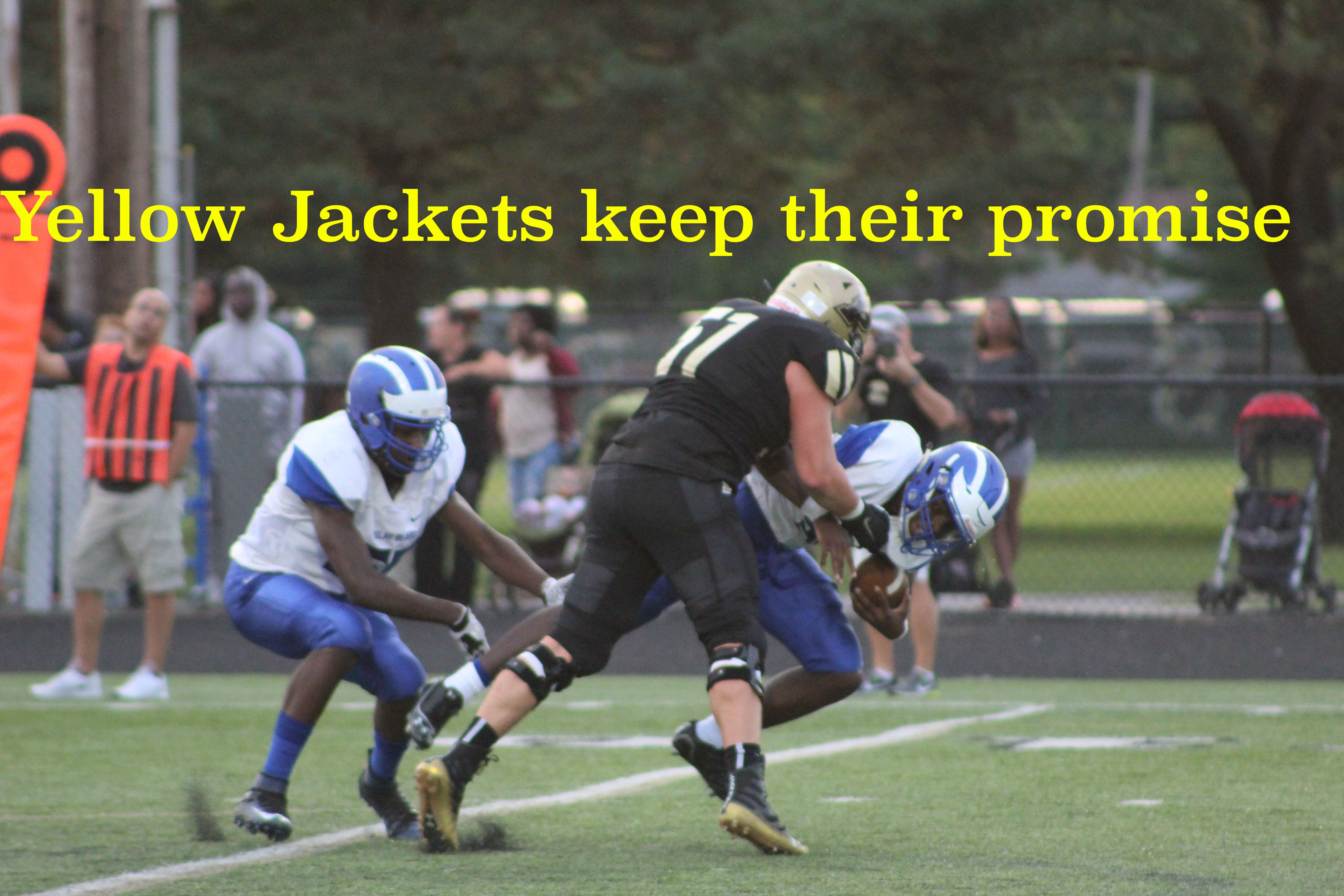 “It’s not gonna be like the last two years…” That’s the promise football team captain Austin Collins and the varsity football team made about this season to Perrysburg High School and the city of Perrysburg. So far, the team has kept true to that promise as they beat Woodward in a 53-0 shutout opener.

The Jackets put up 39 points on the board in the first half and their remaining 14 in the 4th quarter, all while the defense held the Woodward Polar Bears from scoring any points. This dynamic performance certainly feels different than last season, which started with a 42-21 loss to Dublin Coffman.

QB Drew Sims said of Friday’s game, “I think we did really well. Every time you win by 53 points it’s always a good thing, especially with how we’ve gone the past two years.”

Senior defensive end Austin Collins made an accurate prediction last week when he said said, “We have the potential to blow out Woodward.”

Jacket fans hope victories accumulate as they roll onto the next game this Friday against the Findlay Trojans, who started their season with an 0-1 loss to Anthony Wayne. The Yellow Jackets will spend the week watching game footage and pushing themselves in preparation for this home week’s game. Kickoff is at 7pm at Steinecker stadium.