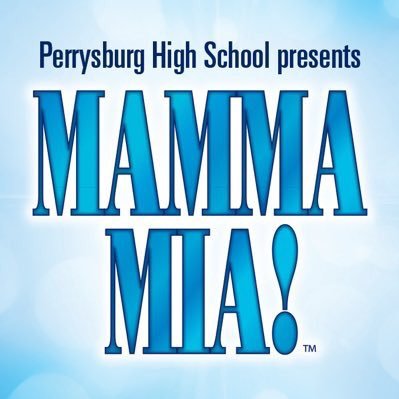 In the late 1990s, Sophie (Kylie Morgan) is planning to get married at her mother’s hotel on the island of the Skopelos. When Sophie finds her mother’s diary from the 1970s, she reads about romantic interactions with Bill (Bennett Bernhoft), Harry (Andrew Hogle), and Sam (James Bellavia) and wonders who could be her real father. Sophie pretends to be her mom, Donna (Grace Davis), and she sends each ex a wedding invitation hoping that she can figure out who her true father is.  Once Sophie tells her fiance, Sky (William “Grant” Hayward), about how she invited her possible fathers to the wedding, Sky grows aggravated because he wanted a simple wedding and he starts to question Sophie’s love for him.

Kylie Morgan, who plays Sophie, gave a very appreciated performance to watch. Morgan made the character so happy and eager to find out who her father might be and really helped the story move along. Her role was played so fantastically it made the audience really feel like they were inside of the musical. Morgan also seemed to have all of her lines down which is a great accomplishment considering how many she had!

Bennett Bernhoft did a fantastic job portraying Bill.  He seemed to really get into his role. Bernhoft showed many strong acting moments. For example, he was absolutely hilarious when Rosie (Paige Paprocki) ran into his arms and they fell over and started making out in a new-formed love affair. Bernhoft had a lot of other great moments like when he was dancing on the balcony busting out some fun dance moves and acted like he was sweating which got a laugh from the audience. Overall, Bennett Bernhoft had one of the most outstanding performances of the cast!

Grace Davis played Donna in a show-stopping performance, flexing fantastic acting skills, playing both the caring mother and the romantic lead. The facial expressions that Davis produced were so big every single person in that auditorium empathize at every moment.  She had such a strong powerful voice, a great sense of humor, a sense of pride, a compassionate soul and Davis was able to make her an even lovable character. Davis earned a big ovation from the audience in her song, “The Winner Takes It All.”

Ondrus and Paprocki showed their own comedic and musical talents in a terrific performance of “Dancing Queen,” one of the best known songs from the show.  Davis joins the trio for a hilariously unforgettable moment.

Carson McNulty performed as the character full of pep, Pepper! McNulty’s best moment of the musical was when he was dancing with a bunch of the company and he the splits in a mid-air jump. He also spoke fluent Greek when he was flirting with Tanya (Natalie Grace Ondrus) and, despite her denials, McNulty’s character seemed to keep getting stronger and stronger.  He certainly got the attention of female audience members.

James Bellavia, who acted as Sam, did a lovely job. Bellavia was able to make Sam be really genuine and come off in a sweet, compassionate way that helped his character from not seeming rude, mischievous, or creepy. He also made his character seem very intelligent and logical. He put together a nice and well-developed character ready to take on difficulties.

Finally, for one last actor analyst,  Andrew Hogle, who starred as Harry seemed like a true official businessman. Hogle managed on making the character Harry seem very caring as a potential father ready to help out in any way he possibly could. When he came out to Donna with telling her that she was the first, and the only girl he ever loved it made it a very special moment that very few actors could seriously pull off with the right facial expressions. His performance was quite outstanding, and it is really sad to know that he is leaving the Perrysburg High School Theatre Department soon.

The chorus helped show how talented the students of Perrysburg are with musical numbers like “Voulez-vous,” “Lay All Your Love,” and the spectacular finale.

On the side of the technical end, lots of praise is deserved.  For starters with the make-up, it looked great on all of the cast, the actors were easily seen by the audience and did not appear wash out against the set. The makeup that stood out was the glittery eyeshadow. Secondly, the props and costumes were very extravagant and fit well, especially the sister’s band costumes; they were great and very colorful. During the wedding scene, the costumes of the company were all white so Sophie didn’t really stand out in her wedding dress, which may annoy a bride but helped emphasize the whole ensemble. Third, the set itself, which was a Mediterranean hotel, had a great build. Some paint splotches that could be seen on the stage floor were not overly distracting but should have been covered up.  Fourth, the sound was very good and the actors were easily heard all the way in the back of the audience. Finally, the lighting was just spectacular, full of colors (blue, green, purple, orange, yellow, pink and so many more). It was a little unsettling to be in total darkness for the overture, but that made the opening moments more enjoyable.

Overall, this musical was a great success.  It was especially cool for audience members to see their friends, family, or just high school classmates with a love of theater, dance, and music to put on something so amazing. It was insane that high schoolers put on a show this high-quality. They had great leads, a minor character, chorus, pit, tech crew, stage management, and directing.  Mamma Mia! will most definitely be remembered at Perrysburg High School for years to come!