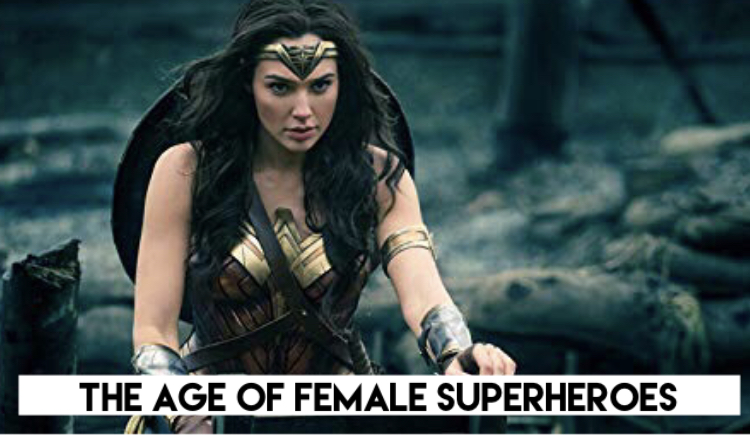 Wonder Woman. Gamora. Okoye. Captain Marvel. What do these characters have in common? They are all superheroes whose characters inspire young girls.

Wonder Woman stunned audiences around the world when the Patty Jenkins production premiered in 2017. For many women, this was the first time that they felt they could truly relate to the hero of the movie. The film centers around Diana Prince assisting the allied powers fight against the Germans in WWI while learning how to live in modern society. Gal Gadot’s Wonder Woman has also appeared in Batman vs Superman and Justice League. Her solo sequel is set to premier in 2020.

Captain Marvel is another example empowering female characters. This movie was released on the February 7th, 2019 and centers around Carol Danvers getting caught in between two alien races in a galactic war.

Other emerging female superheroes worth mentioning are Gamora from Marvel’s Guardians of the Galaxy; Domino from Deadpool; Mera from DC’s latest Aquaman; Jean Grey from The X-Men; Okoye, Shuri, and Nakia from Black Panther, all the female leads from The CW’s Supergirl; Hope Pym from Ant-Man and The Wasp; the Valkyries from Thor; and Harley Quinn and Katana from Suicide Squad.

DC fans are also excited for Birds of Prey, rumored to come out in 2020. This movie is centered around two of The Birds of Prey, Huntress and Black Canary, Harley Quinn, and Renee Montoya. Rumors are also circulating about whether or not Poison Ivy, an infamous Batman villain, will be included in this film.

In this day and age we recognize a need for change in the way we represent women in media. Superhero movies have become an unexpected lead in this area. Mainstream companies like DC and Marvel raise a viable female characters to the benefit of their fans and ticket sales.