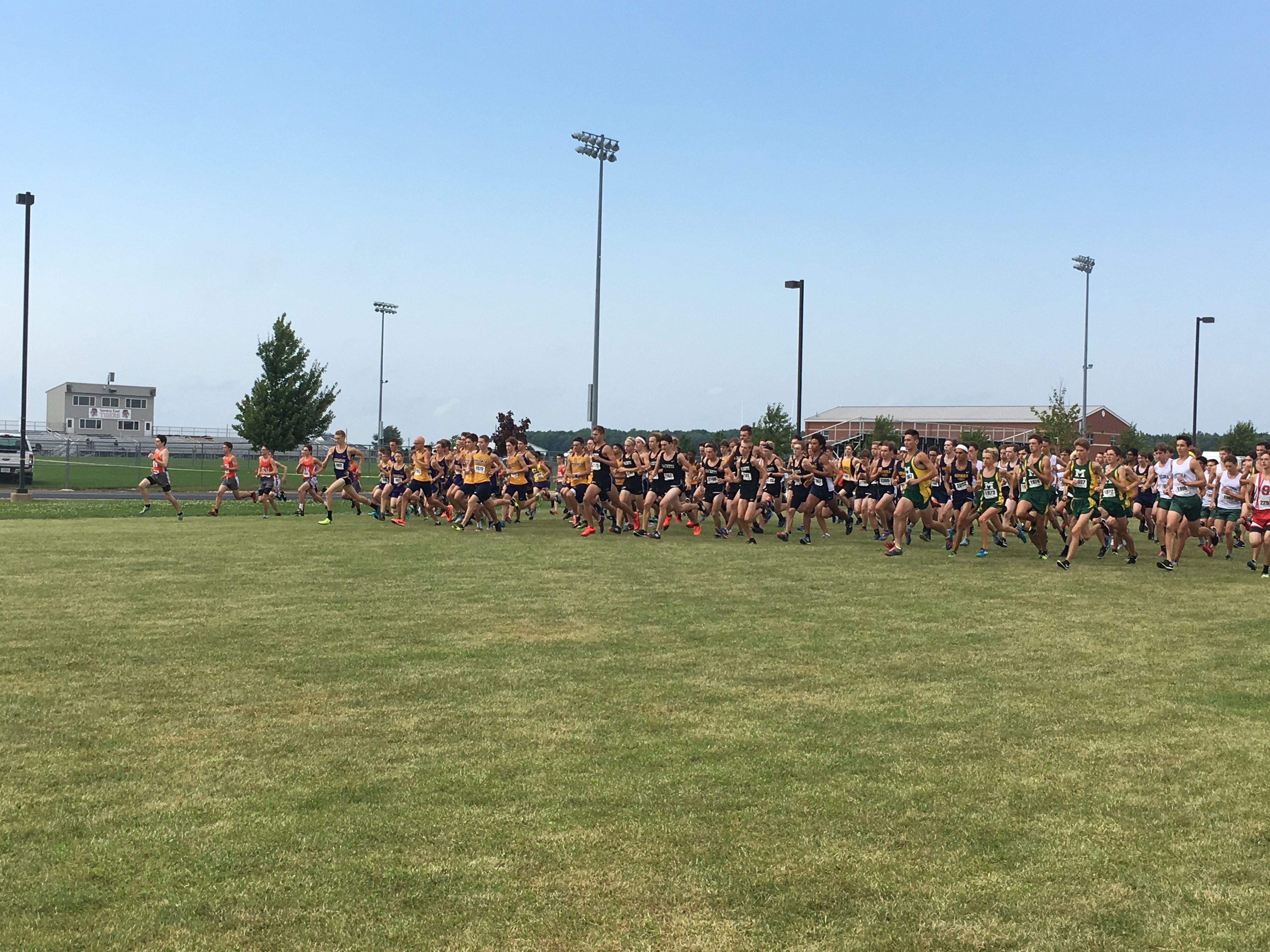 The Perrysburg Cross Country season started off with a bang on Saturday, August 25, as Pburg took nearly all of the top awards at the 2018 Tiger Classic.  The race was held at Seneca East High school, just outside of Attica, Ohio, with over 2,400 runners from 70 different teams competing.

“I started running in preschool, so since I was like 5 or 6, so it’s been a long time.  I ran for All Saints Catholic School and then Perrysburg Junior High and now I’m on the Perrysburg High School team, it’s a lot of fun,” Duhaime said soon after she crossed the finish line.

Some races were delayed due to rain, so the already-challenging course was even more so due to the soggy trails. Duhaime’s best time for a 5k is 19.37, but on Saturday it was so muddy she clocked in at 20.30 with an average mile time of 6.36.

Duhaime may only be a freshman, but some expect to be the best varsity runner on the team.

Finally, the high school boys race wrapped up the meet. Before the race, head coach, Keith Madaras described the tough competition: “There are some other teams here that are really good.  Lexington is the defending division two champion from last year and they’re in our race. Shelby is really good this year, Medina is always a state power, so we’re hoping that we’ll be in the top three. I just want our guys to be real competitive…It’s our first meet.”

Despite the challenging competition, our Fighting Yellow Jackets lived up to their name and fought hard to take home second place medals!

The first meet was a great success for Yellow Jackets of all ages!  The next time the starter gun goes off is August, 30 at BGSU. #BEEthere! Have a great season, Jackets!