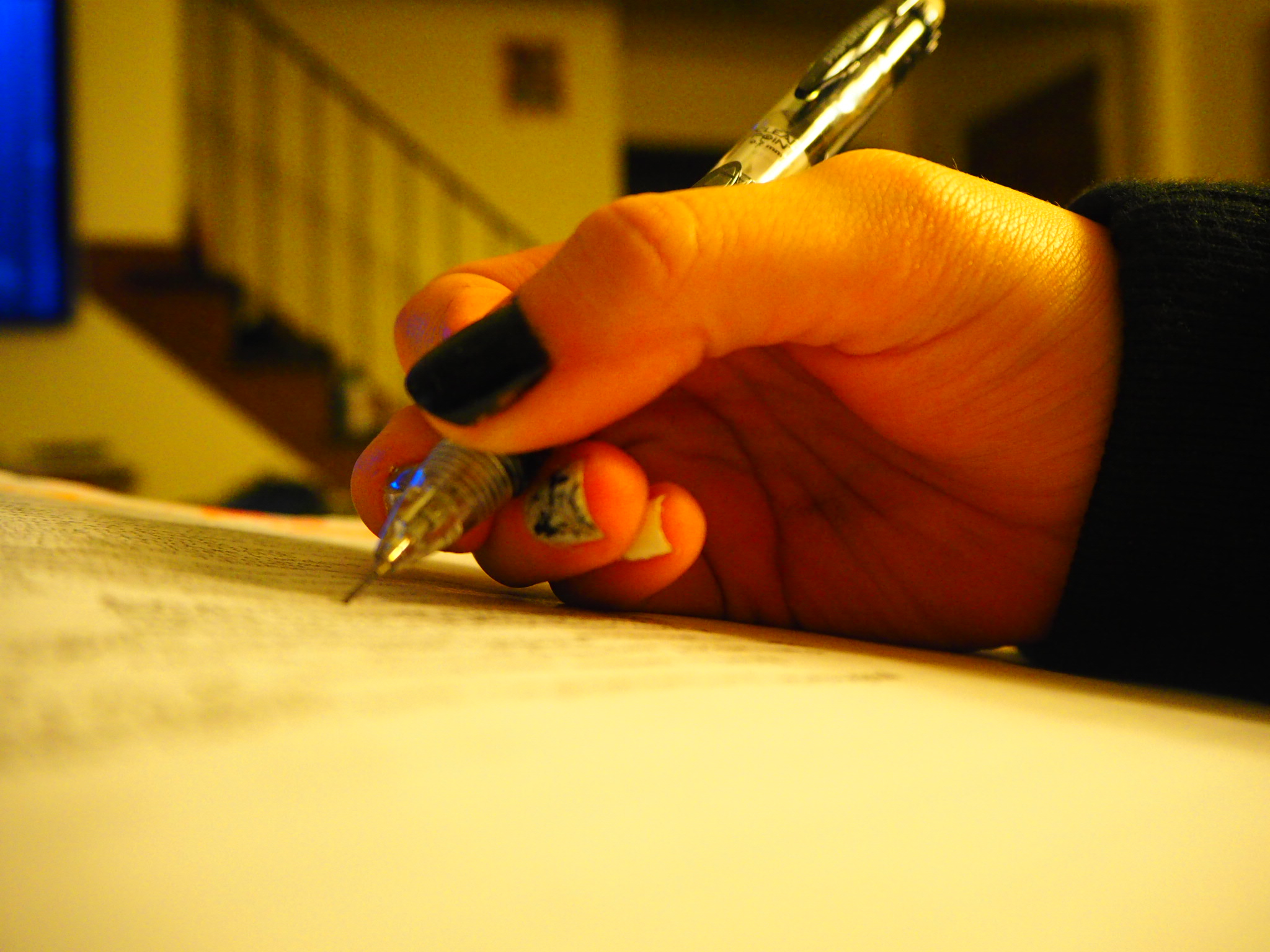 Nearly every high school student, teacher, and staff member can agree that the events that take place in spring- Prom, spring break, and graduation- are exciting and motivating. However, one event that curbs every students’, teachers’, and staff members’ enthusiasm is state testing. Yes, the dreaded, state-mandated, online AIR testes.

Students in Ohio begin standardized testing in third grade and continue to take them annually them for eight years. In addition to state tests, students are also expected to take a standardized college aptitude test (either ACT or SAT).  This addition makes the junior year of high school especially stressful.

There are some factors that go into state testing that many students and parents confuse. What was once the Ohio Graduation Tests (OGT), has been replaced by the AIR tests. At the high school level, the AIR tests determine whether or not you are prepared to graduate. According to the Ohio Department of Education, this is measured on a points-based system:

All students are required to earn at least four “performance level points” on English, math and a combined total of six points on science and social studies test. The maximum “performance points” possible on any one test is five.

Taking these tests, however, is just one way to graduate. The other options include taking a college and career readiness test and an industry-recognized credential and score on workforce readiness test. In other words, one could also graduate by meeting a minimum ACT or SAT score requirement, or receive a career certification from a vocational school.

Unfortunately, Ohio law requires students that are not in a vocational school to take the AIR tests AND a college placement test. For PHS, specifically, the SAT is required.

For local students who attend PENTA, a vocational school, they must take the AIR tests, a college placement test, AND receive a career certification. Many Perrysburg students that took the AIR tests their freshman year received the minimum amount of points required for graduation right off the bat but had to continue to endure the force-feeding of tests for their sophomore and junior year. It doesn’t stop there. Students in eighth and tenth grade are also required to take the PSAT, in addition to the other required tests.

According to Mr. Dave Dakolios, Perrysburg High School assistant principal, despite three pathways for graduation, students take many tests in order to ensure that they will graduate.

“Theoretically, you could not take the state tests, but then you’re putting all you hope on graduating on the SAT or ACT. You’re required to take any test for which you are in the class. So even though you met the point requirement, if you haven’t taken the test, you can’t graduate.”

He also adds that people who have already taken a college test can choose to opt out of taking the SAT, but he highly recommends taking it because it is not only free but a lower-stakes test for students who are taking a college test for the first time.

Like everything in life, standardized testing has both pros and cons. According to the American Psychological Association (APA), “Forty-seven states have established standards for what students should know and be able to do, and about half use tests to make promotion, graduation and other crucial decisions.”

Doctor Linda Darling Hammond states that “Policy-makers and educators simply ignored a large body of research showing they would not produce academic gains and would increase dropout rates.” She also explains that it is inappropriate to solely rely on high-stakes tests to measure intelligence because it does not completely reflect the depth and breadth of a student’s intelligence.

Not only do these tests not reflect the entirety of a student’s knowledge, but they also force educators to “teach to the test.” As much as students hate testing, teachers hate it more. Mrs. Jo Okenka, a math teacher at Perrysburg High School says “I don’t believe in teaching to the test. If you do your job, and you do your job well, kids should do well.”

Teachers also have to be concerned about student performance, because that information is taken into account when it comes to their job. If a significant amount of students score poorly in a certain area, the students do not hold the entirety of the blame for their scores- the teacher ends up being blamed for being a “bad teacher” as well.

“there needs to be a common ground across the state at every school, so if you transfer from inner-city Columbus you can still do the same material we do here. I don’t like the AIR because they try and keep everything a secret and they won’t give us what they are looking for or what they are testing ahead of time, and they always tell us afterward so it’s hard to prepare kids for that if you don’t know what’s going to be on it. And there are some AIR questions that the wording is confusing, so I feel like it needs a redo, but I don’t have an answer on how to redo it. It needs to be written by educators and not by politicians.”

Dakolios explains that “A lot of the reason that the state requires everyone to take tests is that, (the state tests, not the SAT) are used for teacher evaluations. Its called ‘value-added.’ Every student, based on previous testing and some other things (some formula I don’t entirely understand) has a certain level of achievement. So, based on that, and based on their past history, [a student] has an expected amount of growth. And teachers are evaluated partially on how much does each of their students grow from their class, and how much do their students grow and how much they are expected to grow.”

Even though there are additional evaluations that teachers receive in order to assess their performance, the tests still put pressure on the teachers in addition to the pressure it puts on students.

Despite these negatives to standardized testing, there are a few positives that go along with it. The APA states that although there are negatives that are associated with standardized testing, the tests are able to properly track progress and identify students who are in need of more academic attention. They also add, however, that the tests should not be the sole factor in determining student intelligence.

So, what does this mean for state testing in Ohio? What should we do? Student progress is still a necessary element that is important to assess, but overtesting is not the correct way to do it. I believe that a fair compromise that remedies both issues is to allow students to choose which test they want to take. Despite the Ohio Department of Education implying that there is a choice being made by picking a “path to graduation,” students still have to take multiple tests no matter how well they do on them. Instead of overtesting students, I believe that students should be allowed to pick between taking the AIR tests, a college aptitude test, or a receive a career certification from a vocational school. By choosing one of these paths, students will still have their progress evaluated and not have to take too many tests.