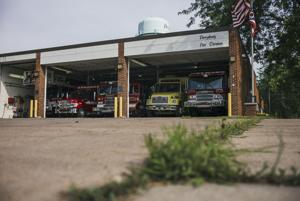 On April 4th, the Perrysburg Fire Department had a groundbreaking ceremony to commence the building project of the new fire station!

Perrysburg Fire Chief Rudy Ruiz thinks that the new station will very much help the department be able to respond faster to calls and accommodate to the quickly expanding community.

The project is expected to be wrapped up around early April of next year; the building will take about a year to complete.

When the whole task is completed, the grand total of expenses is expected to be almost $10 Million.

With the project, there has been much positive feedback, but there also has been some negative feedback as well.

Aiyanna Carpenter, a junior who lives fairly close to the new building project site, asks “Do we really a new fire station in Perrysburg, even though I think we will be safer?” She doesn’t feel like there is “a lot going on as to where we need a new one.”