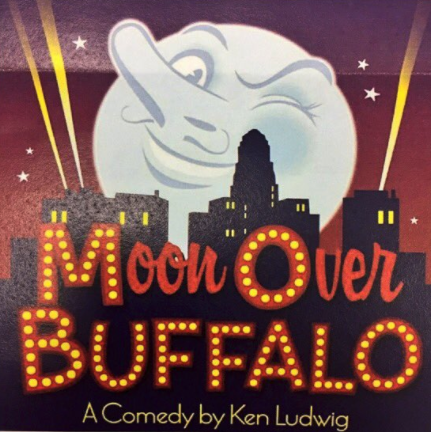 If you’re wondering what to do this weekend, considering seeing the fall play Moon Over Buffalo! The hilarious comedy features a myriad of characters that will keep you interested from the moment the curtain opens to when the cast takes the final bow.

The story revolves around two characters, George (Bennett Bernhoft) and Charlotte (Alaina Reimer) Hay, who are aging actors that never made it big-time. Their tiny talent-poor theatre in Buffalo sets the stage for a miracle to happen: an actor in Frank Capra’s new movie falls down the stairs, and now, “Mr. Hollywood” himself is flying to Buffalo to look for a new replacement. However, everything that can possibly go wrong, does, which makes for hilarious moments on stage the audience will love.

Alaina Reimer, playing Charlotte Hay, says her favorite part of the show is “how frantic and fun the show is. It’s so exciting and I think the audience will be engaged with it.”

Julianne Rowland Miller, on the technical side, adds that “it has a stimulating plot that I think draws in the audience.” If you are still debating going, keep an open mind! Mr. Robert Gentry, the director of the shows, says “I think the audience will enjoy the show because there’s a lot of physical humor in it. You’ll laugh.”