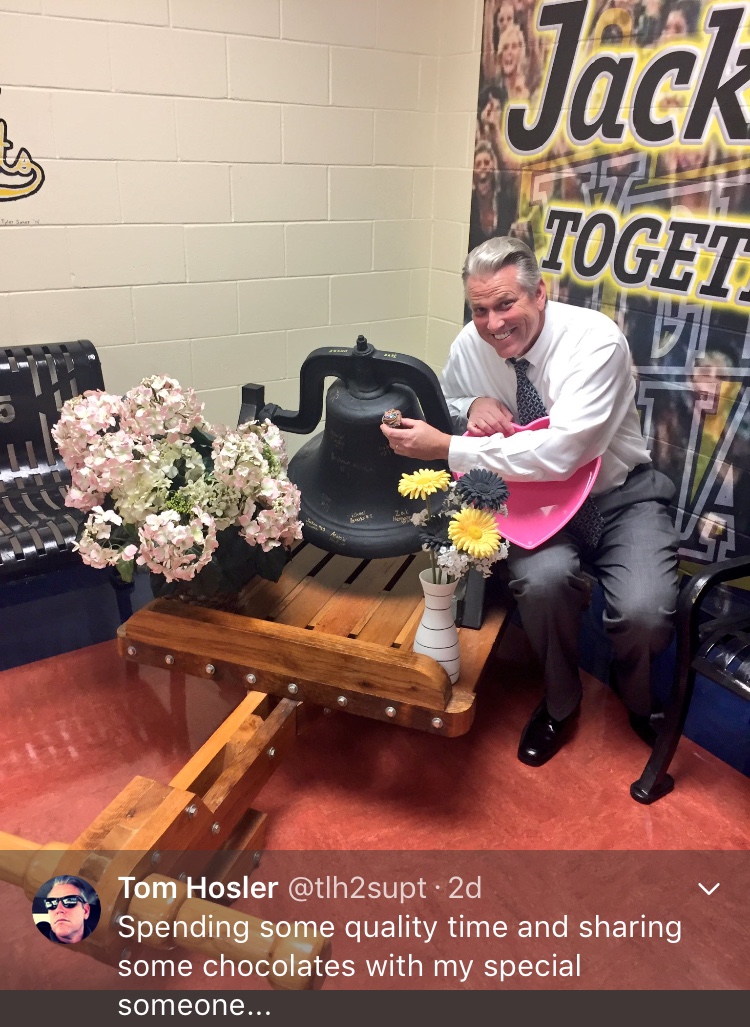 After five glorious years, Maumee has finally stolen the bell from Perrysburg. The logical conclusion would be that students would be sad and outraged, but Jackets have a more optimistic [sometimes petty] outlook on the rivalry.

Spending some quality time and sharing some chocolates with my special someone… pic.twitter.com/yVk7OWfHwk

they can take our bell, but they can never take our spirit ? #foreverajacket pic.twitter.com/HC75tZmXeJ

When you have attachment issues and you’re not ready to let go. pic.twitter.com/qQ6rO31tFy

I’m not saying someone should do this, but https://t.co/K9ZUbDpyGk

A good rivalry that has now become interesting and competitive. That’s what it’s all about. Congrats to Maumee, but don’t get too attached??