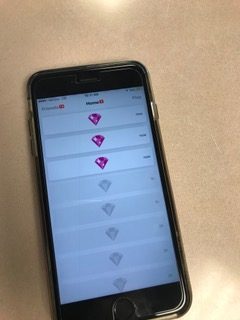 Many students around the school have recently downloaded the TBH, To Be Honest, app, but many other students (and parents) don’t know what it is.

TBH is an anonymous survey app that is sectioned off by school, people select their state and then their school giving them the ability to communicate with their peers. Unlike other anonymous apps like Whisper and Ask.fm, TBH is a positive environment and does not have a direct messaging system that could lead to harassment. TBH’s surveys are created by the app, making sure there is nothing inappropriate or rude being surveyed. There is even an option to submit your own questions that will be reviewed by the administration of the app.

Allison Pisula, a freshman and TBH user said,  “I love it. It makes me feel good about myself.  I just saw it on Snapchat and decided to get it. I also got invited to join the app.”

“It makes me feel special and happy,” she said.

Another freshman, Taylore Saunders said, ”I like the app because it helps give positive feedback.”

The app only asks positive questions, giving students something simple to smile about. Questions like “Would be caught dancing in the rain during a mandatory hurricane evacuation?” and “The Most Woke” are along the lines of the lighthearted and fun questions that are asked.

TBH is like turning the privacy settings on on another social media site- people only have access to your name if you accept their friend request. All answers are also anonymous, saying their gender and grade. For example, you would get a notification from the app saying “a girl in 11th grade.” Every time someone answers your name to a question you are rewarded a gem, you can use gems to answer more questions. Usually, you can answer twelve questions every hour, but by paying three gems you can skip immediately to answer more.

TBH is showing other anonymous games or sites how to be a positive source of input for people. In a world where it is easy to sit behind a screen and be rude, it is important to remember that that is not your only option and TBH shows that you can spread positivity without even using your name.