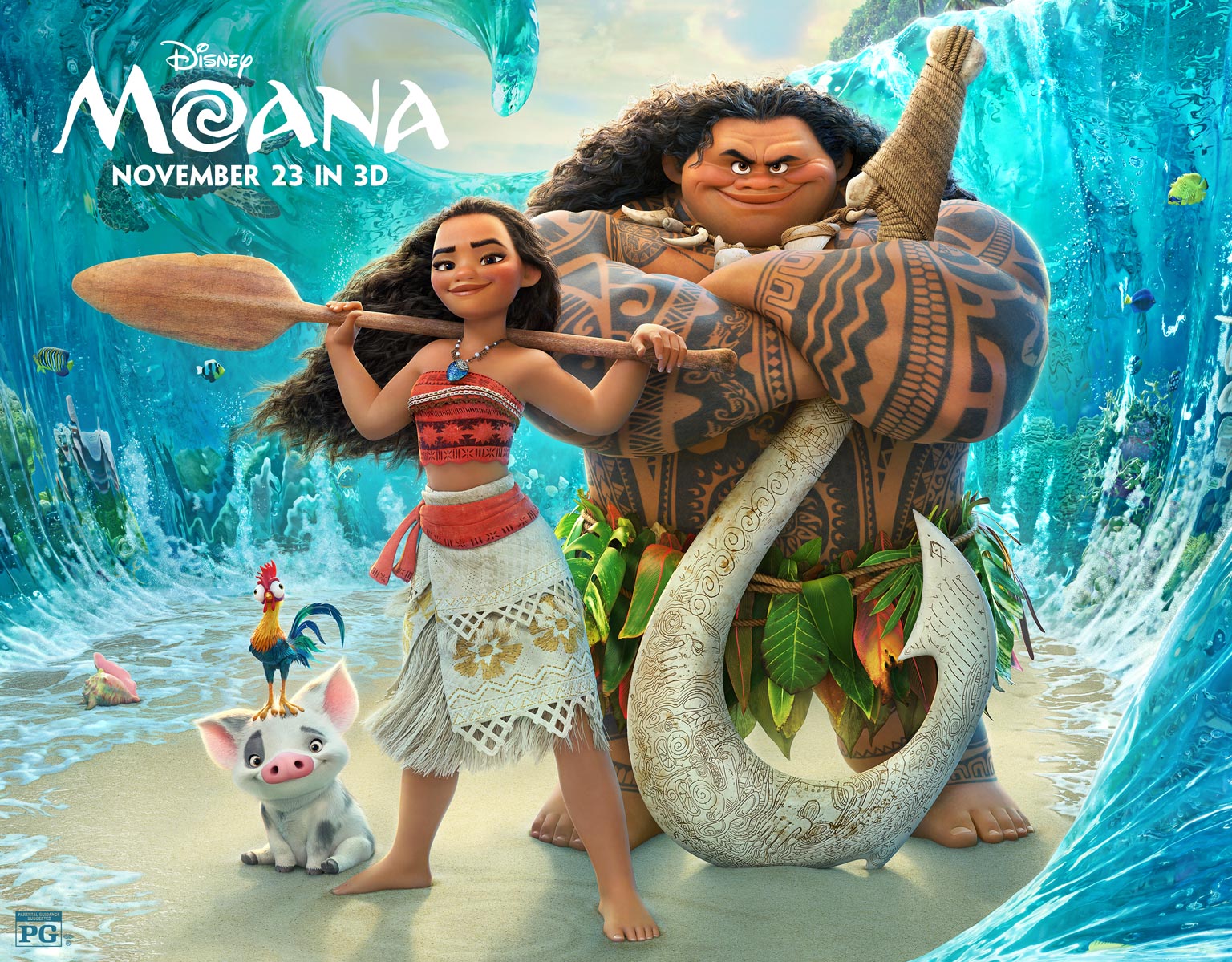 Disney’s Moana, set to release on November 23, looks amazing. The film is a musical, taking place 2,000 years ago in the Polynesian Islands of the South Pacific, making it Disney’s second feature-length film to take place in the region after Lilo and Stitch (2002). The film is directed by Ron Clements and John Musker, who also worked on Disney classics like The Little Mermaid and Aladdin. Aside from the awesome trailers, here are some reasons that you should be hyped for the movie’s release:

-Moana and Maui: Moana is the 16-year-old daughter of Chief Tui, and has a mysterious tie to the ocean. Disney’s newest princess is voiced by the vibrant newcomer, Auli’i Cravalho. Joining Moana is demigod of the wind and sea, Maui.  He is voiced by Dwayne ‘The Rock’ Johnson. Moana dreams of becoming a navigator like her ancestors, but her father has banned any travel beyond the island’s reef. However, something is coming, so Moana sets out on a quest to find Maui and save the world.

-The Music: Broadway fans will be pleased to know that the music is written by none other than Hamilton’s star and creator, Lin-Manuel Miranda. Miranda is also joined by musicians Opetaia Foa’i, and Mark Mancina (known for his work from The Lion King). Fans have already been getting peeks at the movie’s soundtrack

through the trailers. Many were blown out of the water to find out that The Rock himself has his own song, written by Miranda. Fans can check out Disney Animation’s instagram to see Miranda’s ‘#Linstagram’ takeover with some of the other stars from the film singing some Disney classics.

-Pua and Hei Hei: Moana, of course, has her own animal companions. Pua is her pet pig (who is adorable, by the way), and Hei Hei is the rooster that sneaks onboard with Moana as she sets out on her journey. Also, apparently Hei Hei isn’t that smart- he walks straight off of the ship!

-The Lava Monster: From the trailers, its hard to tell who the main villain is in Moana. However, watchers do get a glimpse of a monstrous creature that looks like it’s made out of lava. The lava monster is one among many that seem to be roaming the Pacific, from a giant,

treasure obsessed hermit crab named Tamatoa to little coconut creatures called the Kakamora. Disney also gave us a glimpse of Moana and Maui leaving for the realm of monsters. Really though, whatever that lava creature is, it’s pretty awesome looking.

Get ready to go get you tickets, Perrysburg. Moana hits theaters over Thanksgiving Break, November 23.