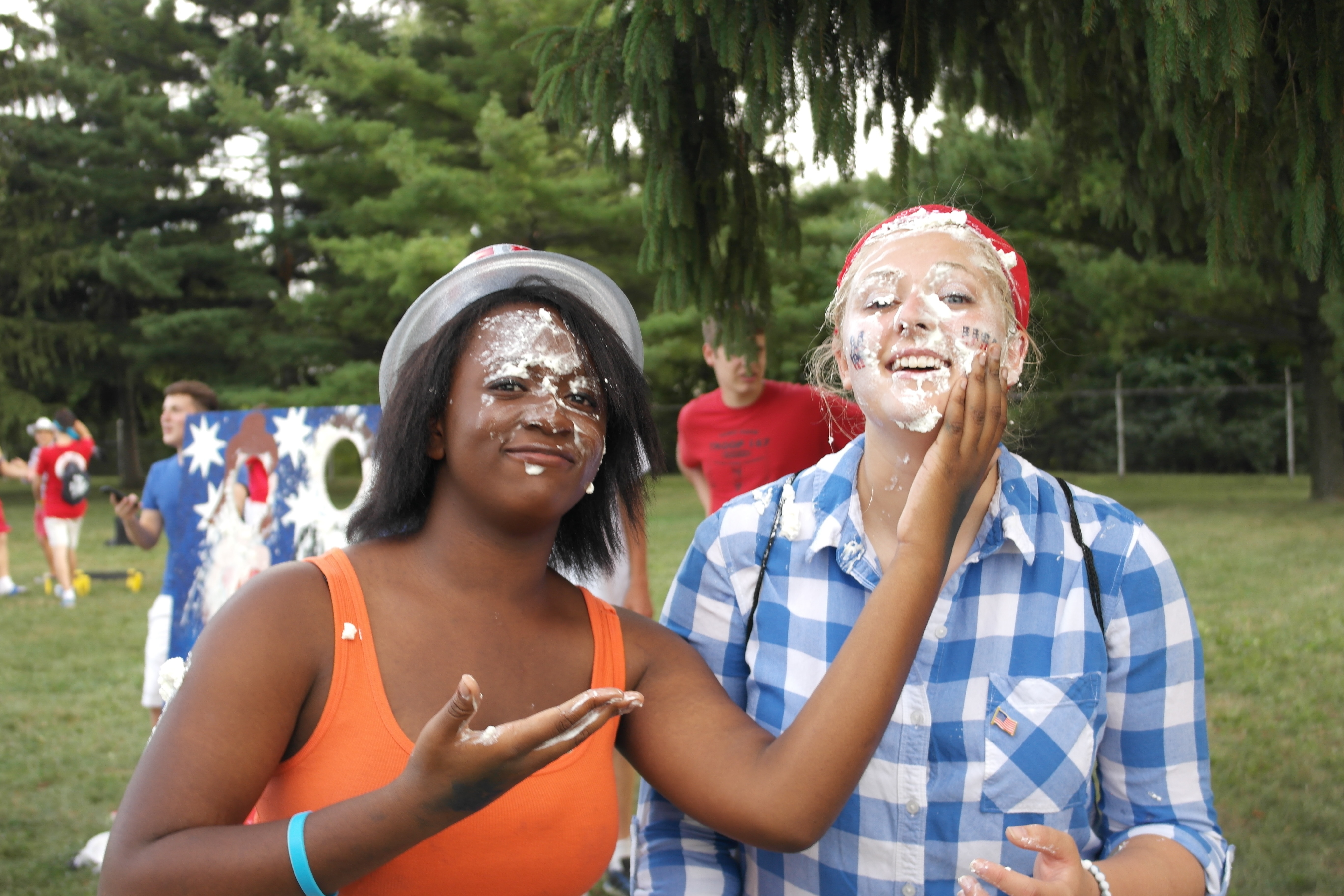 On September 9, Perrysburg had their first-ever tailgate.

The event occurred before Perrysburg High School’s first home game this year in order to get the Perrysburg students’ and fans’ spirits high before the game.

The tailgate featured some of some of our favorite teachers getting pied in the face, Cornhole, a lip-sync battle, and of course, Marco’s Pizza.

On the night of the event, I spoke with some of the brains behind the idea, Student Council members Eishat Ahmed, Kelsey Bartalsky, and Emma Baumgartner. It turns out that, “planning for the tailgate had started in the summer at a student council bonfire,” said Bartalsky.

Although Baumgartner said that the tailgate became official when the school year started and when official student council meetings started being held.

Finally having the pleasure of seeing their plan put into action, the girls were excited and nervous to see the turn out.

“It’s nice that the whole school has the chance to hang out outside of the actual school,” Baumgartner said.

Seniors Vince Cusenza, Rickey Wilheln, and Paige Durham seemed to agree. The tailgate was a success Friday night with a wonderful turnout of the Perrysburg students.

When questioned about their teacher of choice for the pieing event Wilheln said that his vote goes out to good old Mr. Tim Kitson. Wilheln, Cusenza, and Durham all agreed that it would be a good idea for Perrysburg to hold more tailgates to get the students hyped and excited for future games.

Although Perrysburg lost the game to Whitmer, we definitely had the best time that night seeing our favorite teachers covered in pie, participating in the spectacular lip-sync battles, and playing the wonderful games our student council provided for us that night.

I hope to see more happy faces at the next expected tailgate.