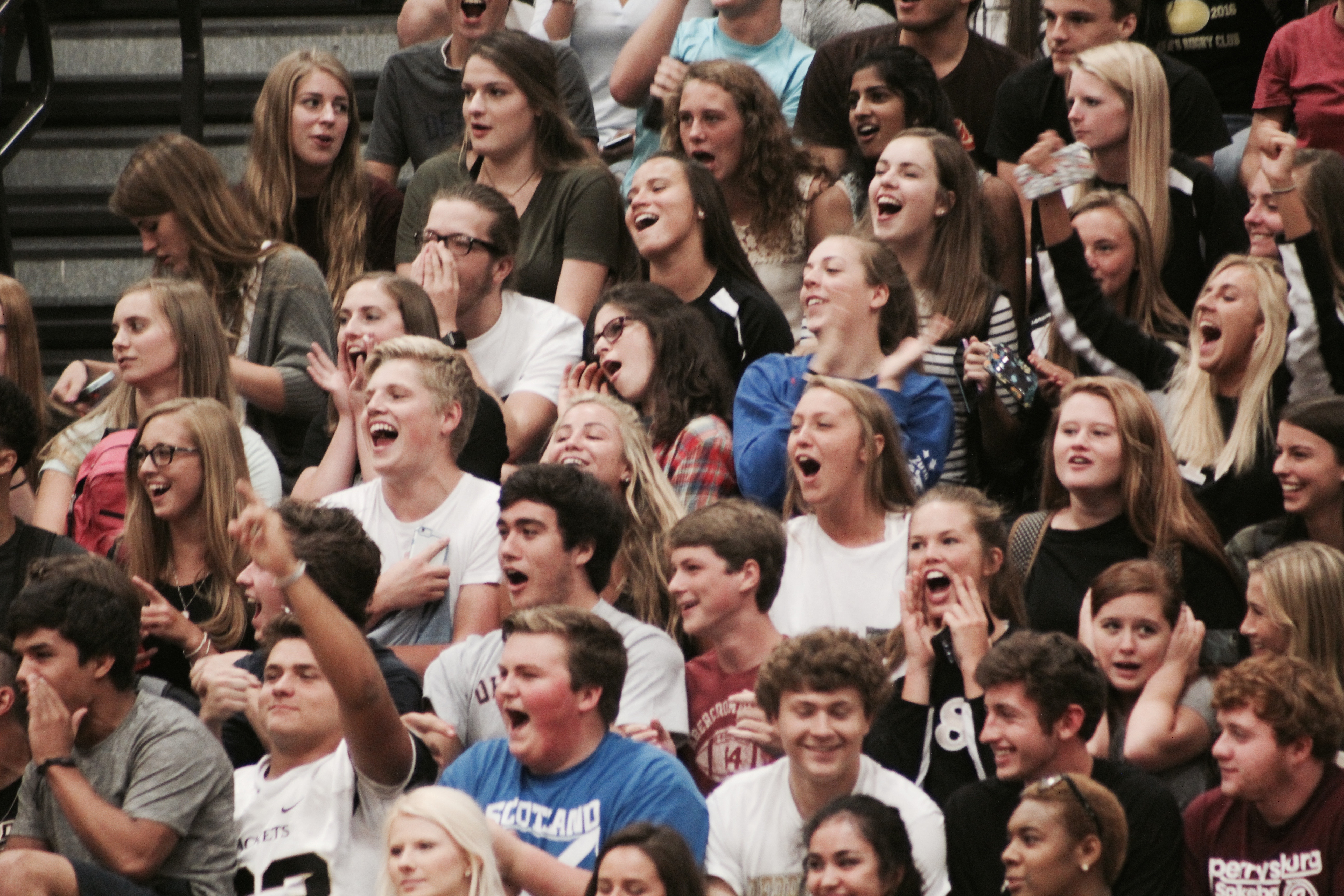 On Friday, Aug. 19, the freshmen at Perrysburg High School got to experience their first pep rally as high schoolers.

Two freshmen, Mariah Chambers and Alexis Kelckner, were pulled aside for an interview before the rally began. When asked about their expectations for the pep rally, they said that they didn’t have a clear picture of what to expect, but they wanted it to be a surprise.

The girls said that the first week of school so far was “definitely better than the Junior High.”

Heading into the school year, they were asked about the sports’ teams that they were looking forward to supporting. They replied that they were excited to attend the admired football team’s sporting events.

This first pep rally’s main focus was to introduce a new program that the school has started, The Jacket Way.

A video was shown to the student body that described the new program. The video gave good examples and gave a nice, thorough explanation about The Jacket Way. After the video was shown,  the students got to watch the Perrysburg Dance Team give their all for the crowd. In the second routine some of the students joined the dance in their routine.

Seems like the school year is kicking off to a good start.

What are you looking forward to this school year?