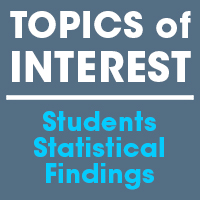 [note note_color=”#f0f0eb”]Aryn Hinkle, a PHS math teacher, asked her statistics class to study topics of interest and make their own statistical analyses. As part of the assignment, she also asked the students to write articles for eSomethin to teach her students about the importance of communicating their findings. eSomethin published  10 of the students’ articles.[/note]

By Dominic Pantorno
Special to eSomethin

On November 10, groups of AP Statistics students took to the halls to gather information.

Swarming study halls and lunch, they found students willing to participate in a short survey with various questions. The surveys were all collected and each group took the data appropriate to their questions.

Our research question was to find if there was an association between the number of times a person eats out in a week, and their preference in superheroes, Marvel or DC.

Before completing this study, we predicted there would not be an association between the number of times a person eats out in a week and their preference in superheroes, there is nothing that would lead us to believe there would be.

The study only confirmed our hypothesis, there was no association.

This is shown in the graph by a fairly even spread of preferences for either company with similar medians (3 vs 4) and ranges.

If there was an association, the median and range for each company would be drastically different, showing a clear preference for a company in people who eat out more often and vice versa.

This data can be used in the real world in several ways.

One way would be advertising. If one or both of the comic book companies were releasing a movie, if there was an association, the company would then know if it would be smart idea to partner up with a fast food chain for some cross promotion.

This is very relevant as kids love fast food and teenagers usually do not have a lot of money and fast food is a quick and cheap meal with some friends.

Superheroes are all the rage right now, so if the data would have shown an association, these two entities would be able to collide for a massive push in promotion.

So next time you are thinking about eating out, don’t let pop culture influence your habits, eat on fellow believers.