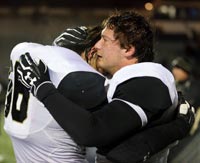 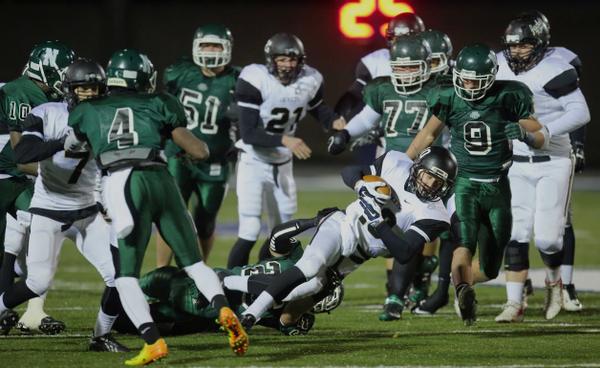 Perrysburg suffered an unbelievable 56-52 loss to Macedonia Nordonia in a Division II regional semifinal on Friday night in Sandusky.

Perrysburg senior quarterback Gus Dimmerling had his hand in on six of the seven of the Yellow Jackets touchdowns (three passing and three rushing). Dimmerling threw touchdown passes of 23, 12 and 4 yards. He also scored on runs on 7, 12 and 2 yards. Trevor Hafner threw a 55-yard TD strike to Quinn Thomas for the other score.

But with just 2:07 left in the game, Nordonia’s Alex Alders scored on a 70-yard kickoff return for a touchdown to make it 56-52. Just moments before Scott Freeman kicked a 25-yard field goal to give the Jackets a 52-49 advantage.

The Jackets finished the season with an impressive 11-1 record and Northern Lakes League champions.