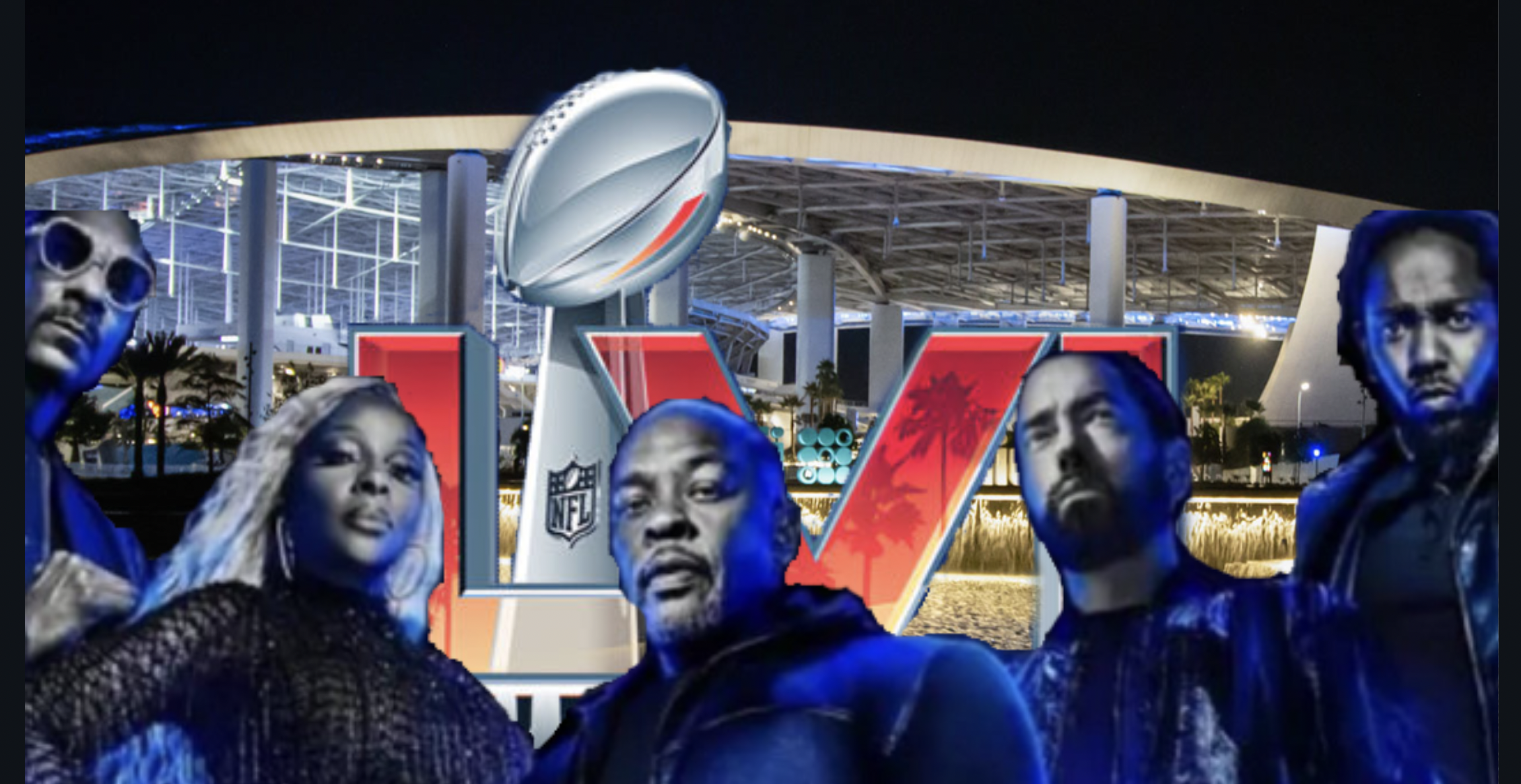 “I liked it! Though, I think my mom enjoyed it more than I did because the artists performing were more for older generations” said Lillian Schafer

This year, Dr. Dre, Eminiem, Snoop Dogg, Mary J. Blige and Kendrick Lamar, and a surprise appearance by 50 Cent performed at the Sofi Stadium in L.A.

On Sunday, February 13, The LA Rams defeated the Cincinnati Bengals 23-20.

Snoop Dogg and Dr. Dre kicked off the show with songs “The Next Episode” and “California Love”.

After Dr. Dre, 50 Cent made a surprise special appearance upside down, hanging from his feet, performing “In Da Club”.

Transitioning to the top of the stage, Mary J. Blige performed “Family Affair” and “No More Pain”.

Moving down to the field, Kendrick Lamar made his appearance preforming “Mad City” and “Alright” surrounded by many dancers.

Then, The Real Slim Shady,” also known as Eminem, blasting the sides of the stage off with “Lose Yourself”.

Dr. Dre took to the piano to perform “Still D.R.E” with Snoop Dogg, finishing off the show with all six artists taking the stage together for the first time.

This year’s lineup is the biggest since 2004 and represents a change in music genre as these musicians are rappers and hip-pop artists of the ‘90s and 2000s. Some students and their parents were very excited for the change.

The show was surprising and  very memorable.