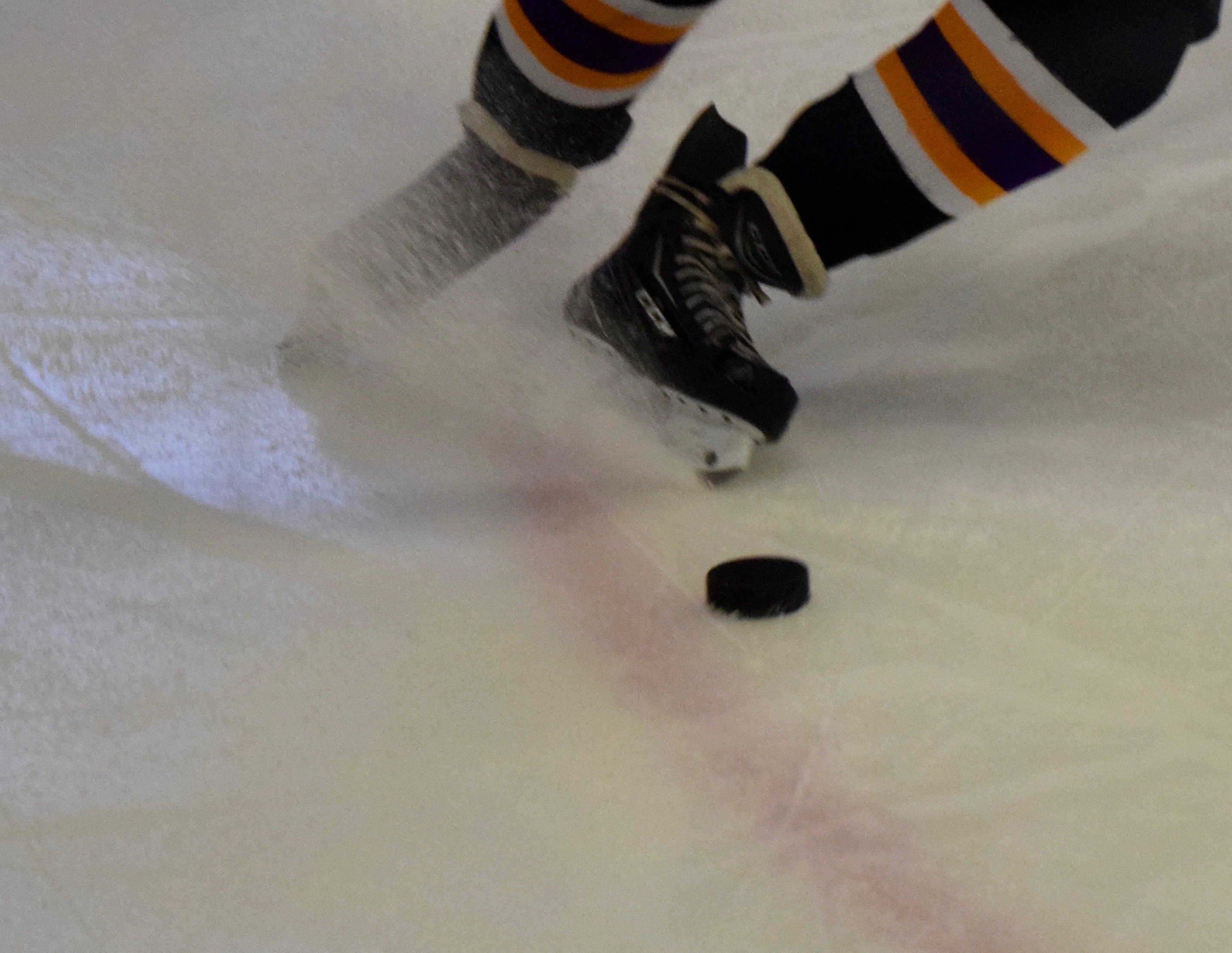 Beating Maumee 9-1 on Saturday night was definitely not the highlight of the evening for the Jacket Hockey team as the team raised roughly $600 for Bibi Deluca, a local two-year-old fighting cancer at Toledo Children’s Hospital. Bibi had just come out of a seven hour surgery on Saturday which prevented her and her family from attending the game; there in her absence was Jen Balogh, director of Cancer Connections. “Whatever the family needs while going through treatment we help provide for them.” Cancer Connections is a local non profit where 100% of the money raised through them goes to the family they are assisting. “We do whatever the families’ needs are at that time.” Both Maumee and Perrysburg players donned awareness stickers for both kidney cancer and pediatric cancer on their helmets as well as orange and yellow tape on their sticks. “They understood the meaning of being something bigger than hockey,” explained head coach Kevin Fisher.

Sophomore captain Tay Schneider explained that this game was a reminder to not take anything for granted and to make sure you have fun in life. “The stakes of the game weren’t higher we had more of a reason to play and we played that game for that reason. I think we did a really good job at supporting our cause.

Coming off of a 10-0 shutout against Whitmer the previous night the team was on fire. Goals against Maumee from Caden Togrul, Patrick Hanley, Chase Nitschke, Sully Carlson, Jacob Bilger, Carson Schlatter, and Gunnar Daler. “When you see the things you’ve been focused on in practice translate onto the ice you can tell that they’re focused on the right things,” said Fisher.

The team is heading to Strongsville this weekend for the annual tournament held on Martin Luther King Jr. weekend, they’re hopeful for the first place trophy.