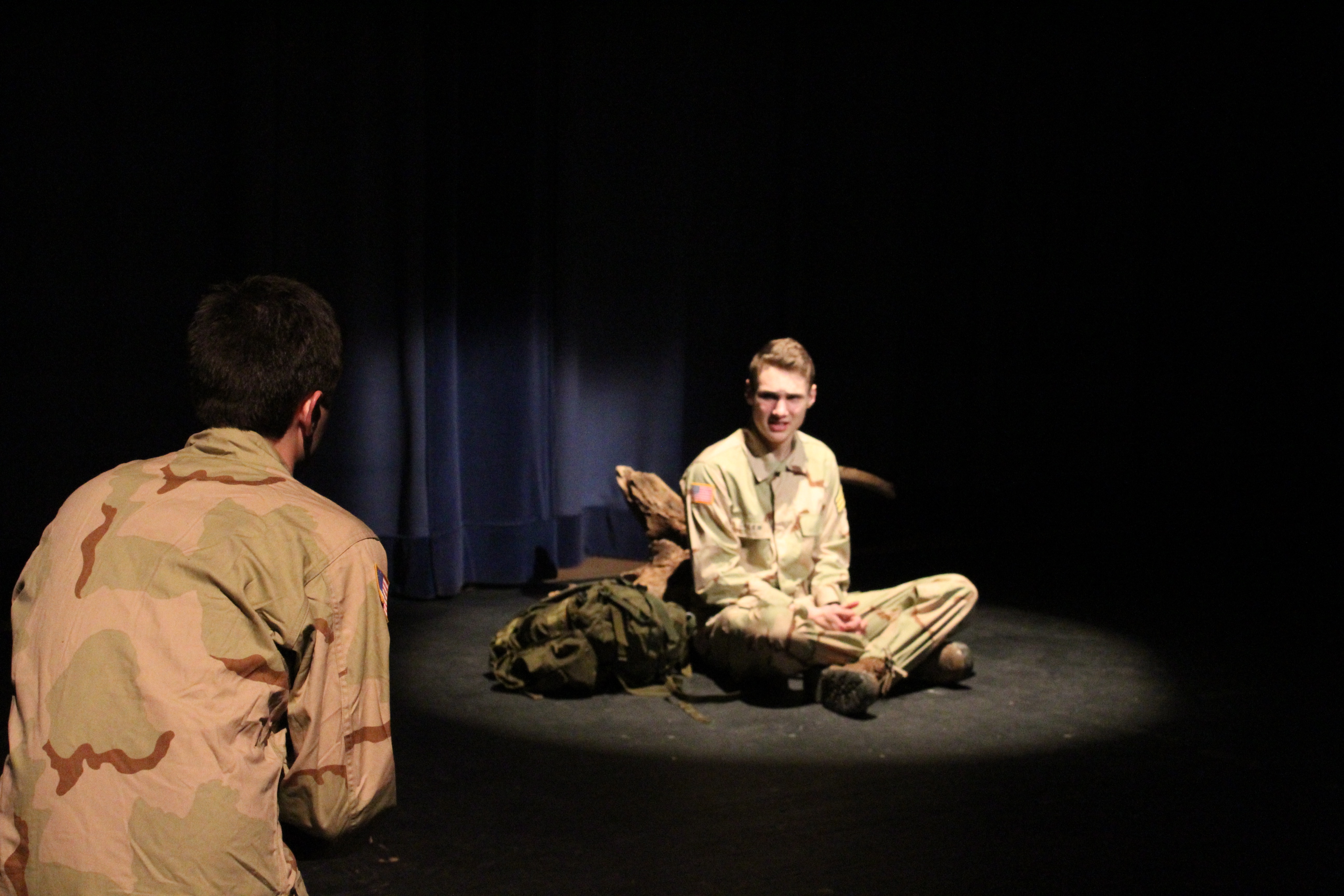 It’s that time of the year again, when the stage is transformed into a unique theatrical production, called the Winter One Acts. On January 25th-28th and February 1st-4th at the Perrysburg High School Auditorium. The One Acts involve three one-act plays, each play is different but follows the genre of the first play being a comedy, the middle show being a serious play, and the last play is a comedy.

How to Kiss a Girl by Wade Bradford and Leslie Tanner.  This show features Nick Felaris playing the lead role of Ken Beardsley. Nick Felaris says “I would describe the One Acts as something where many days are fun cause you get to know everyone but somedays it gets difficult.”  How to Kiss a Girl is about the classic high school guy’s drama how to act on a first date with the chance of kissing the girl that night. As many know this is not an easy task and can cause nerves and this play goes through all of those in a hilarious way.

The second play is Booby Trap by Ed Monk. Bennett Bernhfot plays the lead role of Pete Galen. Before you watch Booby Trap be warned that is not a light-hearted play this handles serious topics. People say your life flashes before your eyes when you face a deadly situation, this show takes a play on that with a solider on a battlefield in the Middle East.  From the lead Bennett Bernhoft “Being in the serious play, it’s very emotional but I’ve had a lot of fun”

The final play is Director’s Nightmare by Wade Bradford.  This show everyone is practically a lead

role because the show plays into a show in the show.  As anyone who has done anything theater-related may know things don’t always go as planned, some would even call those a “Director’s Nightmare”. This show plays on that with full effect as nothing is going right for a schools performance, this show is filled with many hilarious jokes and will make a great way to cheer up after Booby Trap.