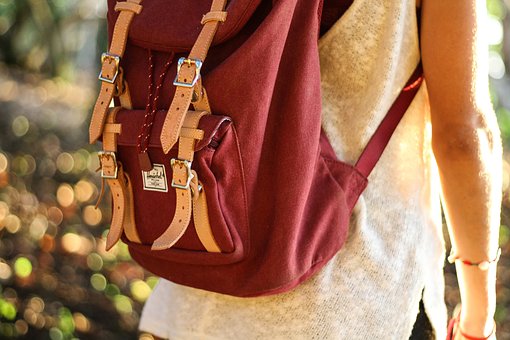 Students recently learned of the looming possibility of a change in student backpack policies at the high school.  The administration is considering a size restriction, or possibly not letting students have backpacks in class at all.

Here is reaction from groups around school affected by the proposed changes:

The high school nurse, Mrs. Debbie Reddick says “It’s not so much the backpacks that concern me- it’s the weight of the stuff that the kids carry in them… a lot of the time it’s how they put them on. A lot of times you’ll see this kind of swinging around thing or even the one shoulder thing… if kids would dump some of their stuff off at their locker [it would create a lighter load], because the weight puts a lot of stress on their back.

I get a lot of back and neck issues at the clinic.”

Many students were also interviewed regarding the issue: “I don’t think banning book bags is a good idea because I don’t know my locker combination and there is only five minutes between class,” said sophomore Haley Noel.

Carlos Delangel, a sophomore, said “I don’t like it. I don’t want to carry my books and binders to all my classes then have to go to my locker every other class period.”

Horrible. It’s gonna be impossible for me to get to my class in the art wing, all the way to my locker, and make the bus.”

“I think it’s not a good idea because most people carry all their school supplies, including books, binders, folders and they don’t make stops at their lockers so they won’t be late to class,” said freshman Andrea Martinez.

Mr. English, one of the few who expressed support for the backpack ban, said, “I very much so want to ban the book bags again. The book bags causes more traffic in the hallways.  It is like walking next to another student. Also, being a science teacher, it causes a lot of obstacles in the room when we walk around causing kids to trip and things like that.”

Many teachers like Mrs. Terri Camp, Mr. Matthew Horen, and Ms. Lindsey Levans all state that they see both sides of the issue.

“It’s going to be difficult because [students] have to take their stuff everywhere and go to their lockers. The students may think it’s unfair, but I do think it’s fair because book bags are getting bigger and taking up more space,” said Lynn Guitteau, a substitute teacher for the high school.

Do you have a strong opinion or story about classroom space and bookbags?  Tell us about it here.