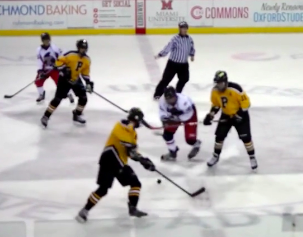 This is also the first season in the team’s history in which a female player takes to the ice.

Will Keune, the team’s goalie, was undefeated in regular season play during the 2015-2016 season.