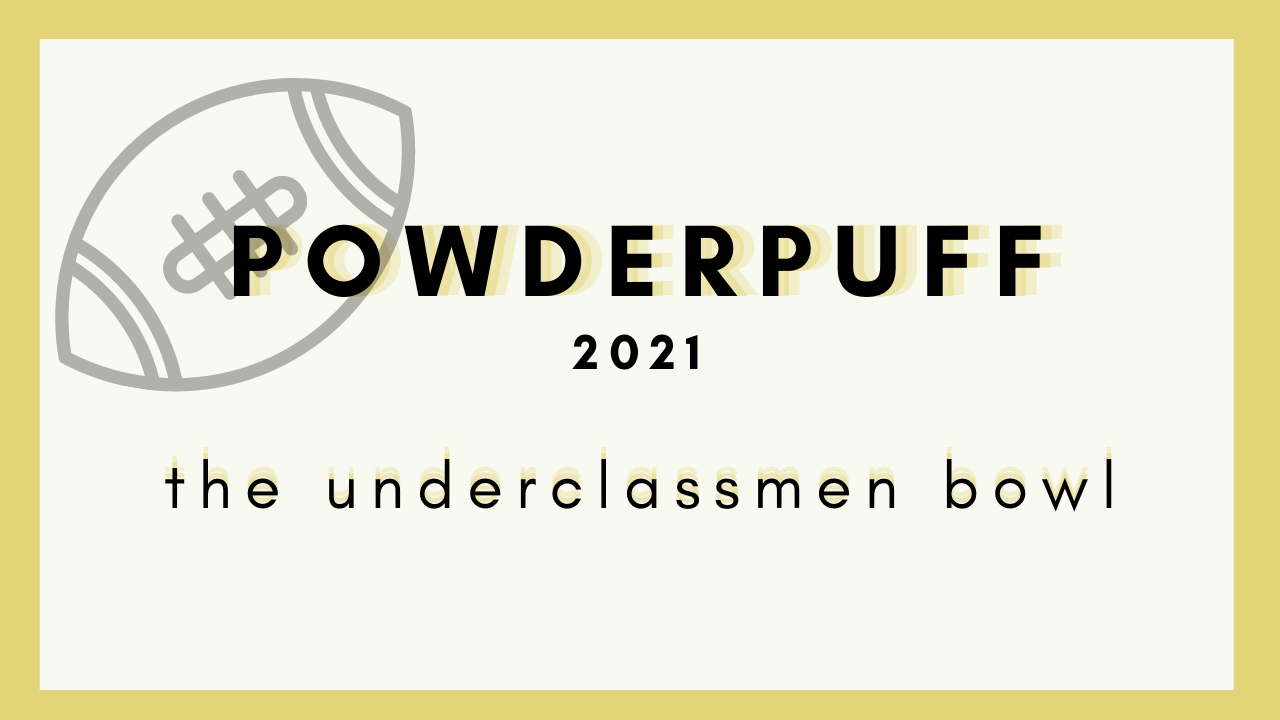 This year’s powderpuff game broke more than one tradition. Freshman and sophomores dominated the competition, and the freshman won the tournament.

Typically the night features upperclassmen who are vying for the spirit week points that come with a win.

The Thursday night’s festivities began with a juniors v freshman game for round one. The junior class came with experience, having played a round of powderpuff in the fall of 2019 before COVID-19 closures; they were expected to win round one. They did not.

The inexperienced freshmen pulled out a win.

Freshman coach Lukas Pollock, credited their win over the juniors to their rigorous conditioning. “Yeah we were the only ones who were out there all four days,” he said.

Throughout the class of 2025’s four practices, their team was seen pushing weighted sleds, and running sprints. The freshman class’s win pushed them through to the championship game, giving them a chance at four spirit points.

The second game of the night was seniors v sophomores. The sophomores, similar to the freshmen, also did not know what to expect coming into “Maumee week” and the powderpuff game. Their game was canceled last year due to COVID-19 requirements.

Sophomores upset the seniors. The sophomores’ big win was not a surprise to some.

During the middle of the game, senior Berkley Macke said, “We’re a mess, yeah we’re a mess.”

Regarding safety, senior Pride Club Exec Olivia Lattimore said, “COVID wise [there were] no changes. But in previous years we have done this on a Wednesday night, but this year we had soccer so we switched the bonfire and powderpuff.”

With both of the upperclassmen teams being knocked out quickly, PHS’ 2021 powderpuff champions were going to be an underclassmen team.

Both sides brought lots of excitement to the field. Each team’s inexperience did not show when they were on the field. It was back and forth between the class of 2024 and 2025, but in the end, the extensive conditioning pushed the freshman to victory.

The win sets the freshman up for the chance to become 4-peat champions in the future, beating the class of 2019’s 3-peat victories.

Regardless of the outcome of the games, PHS students all took on the cold and rallied behind their class for the “257th annual powderpuff game” according to commentator and English teacher Patrick Hall. This big win awarded the freshman with four spirit points, pushing them into the lead for the coveted spirit week trophy.

The winning class will be announced at the 10/22 pep rally.