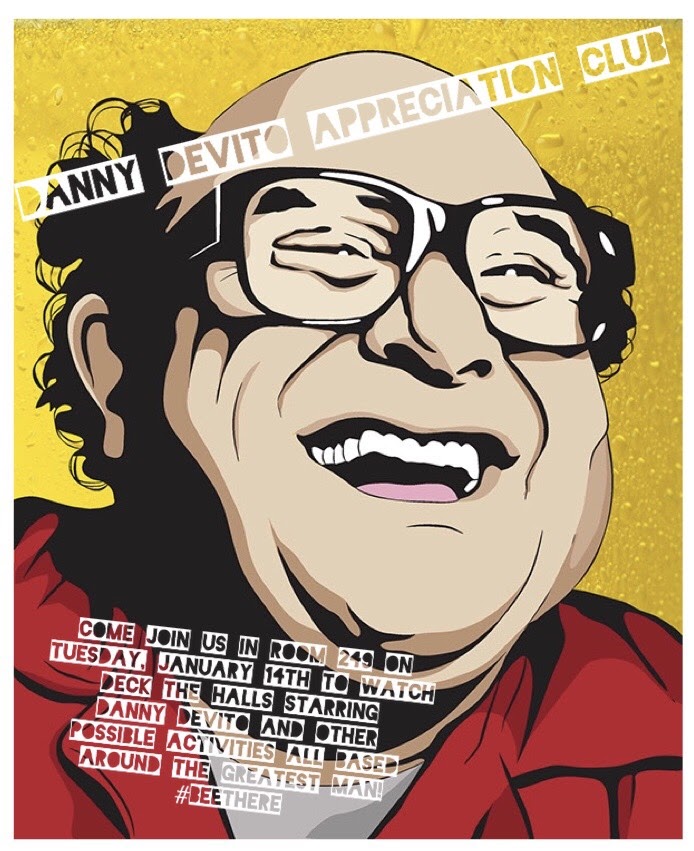 Looking for a new club to be a part of that is completely different than any other club at the high school? Try the Danny Devito club!

Jacob Neifert, a freshman, is the president of the club. It was his idea to make the club because he loves Danny Devito so much.

The first meeting will be Tuesday, January 14 in Mr. Ron Degregorio’s room (249). The club will be watching “Deck the Halls,” starring Danny Devito, and eating a cake with his face on it! All fans of Devito need to do is show up. Everyone is welcome.