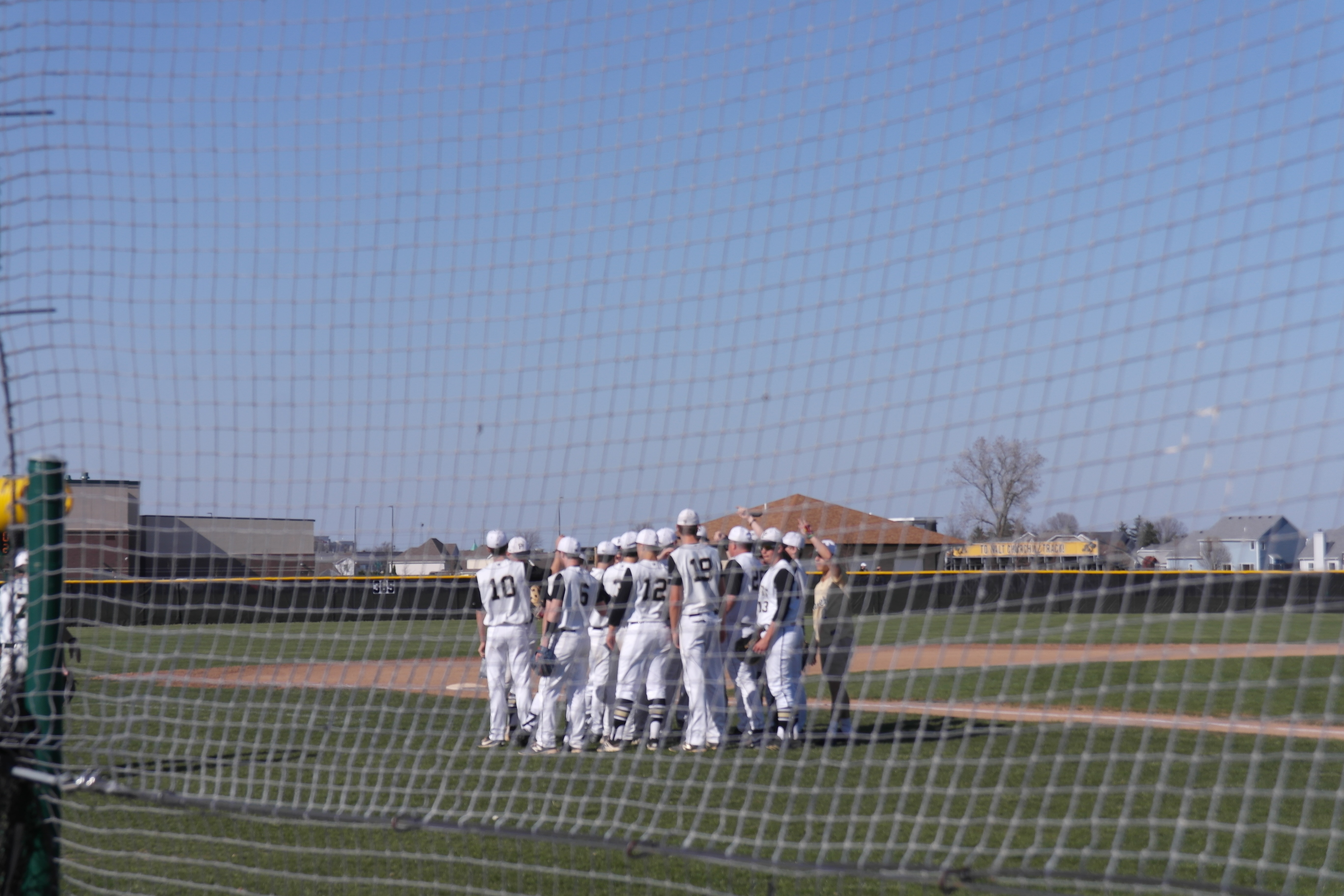 The PHS Varsity baseball team has had a season that could best be described as a “mixed bag” with 8 wins and 8 losses, but there isn’t anything stopping this team from success for the rest of the season!

In the past, the varsity baseball team has garnered many different titles, including League Champions for 2013-2016, District Champions for 2013 and 2017, State Semi-Finalist for 2003, and State Runner-Up for 2011. This year they have had both successes and failures, with blow-out games such as the 12-2 win against Southview this past Monday, and hard losses like the 4-14 game against St. Charles North earlier this season.

Like any good team, there are periods of adaptation and changes, which is just what Assistant Coach Dan Thompson explains. “We are young, rebuilding. We got a lot of new ballplayers. I still think we got a lot of potential.”

A part of that rebuilding comes with a triumph that was achieved at the last game: playing a complete game, meaning that one pitcher was used for all nine innings. “We just gotta keep getting better every day” Thompson finishes.

Head coach Dave Hall, who is in his 33rd year as head coach at Perrysburg, explains that the team is very young, with several starting freshman and sophomores. “[The] kids have no quit in them. We faced some adversity but they battle no matter what the score is. They’re fun to coach, and they’re easy to coach. We’ve lost some games just because we’re young but just because we’re learning and our goal is to get better every day and every game, and they are doing that.”

And with their landslide victory against Southview, the PHS Baseball team is definitely on the track to success.

Griffin Parrill, a senior on the team affectionately referred to by his teammates as “Piff”, gives his opinion on his hopes for the future of the season. “I think we started slow, but we’re starting to get everybody back healthy again so I think we’re gonna start to pick it up a little bit going into the tournament.”

Parrill recently signed to Bowling Green State University to play baseball, which showcases the true talent that exists on the team.

While they may have had a rocky start, PHS Varsity Baseball is sure to have some major successes for the rest of the season. The team is set to play their rivals, Anthony Wayne, this Wednesday, May 2nd at 5:00 pm at the Anthony Wayne High School baseball field, so Bee There!