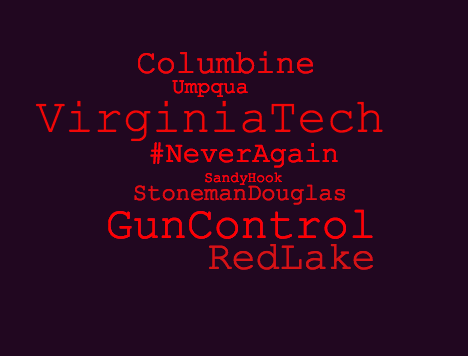 This story is being updated to reflect an evolving situation.

A combination of efforts from #NeverAgain and The Women’s March has resulted in plans for a national school walkout on March 14th at 10 a.m. Students and administrators around the country are encouraged by these national movements to walk out for 17 minutes, one for every victim of the Parkland shooting.

It continues, “School safety is not a political issue. There cannot be two sides to doing everything in our power to ensure the lives and futures of children who are at risk of dying when they should be learning, playing, and growing.”

The survivors from the Parkland, Florida shooting have created a group and a tag, #NeverAgain, to speak out about gun control and school safety.

“The [national] rally came one day after Florida lawmakers overwhelmingly rejected — along party lines in the heavily GOP Statehouse — a ban on many semiautomatic rifles and large-capacity ammunition magazines. Many of the Parkland students voiced support for such a ban,” said an article from USA Today.

Students are encouraged to wear orange along with these protests as part of the Wear Orange Campaign, “The Wear Orange campaign began in 2015, two years after 15-year-old Hadiya Pendleton was shot and killed in a Chicago park” explains an article from Inverse.com.

On April 20th, the 19th anniversary of the Columbine shooting. Another national high school walkout is being planned. No time has been specified yet, plans are currently underway by means of Twitter and Change.org. (Information from Time.com)

Snopes breaks down the 18 acts of gun violence at schools in 2018 while EveryTown.org shows details of just how many have happened since 2013.

Perrysburg students met outside on the track at 10 am for a 17-minute student-organized memorial service that is not endorsed by the school. This was an optional event. The high school is on an Enrichment schedule today, which means that classes aren’t scheduled to begin until 10:05 am.

Dr. Short explains that he has encouraged students to begin at 9:43 to be able to get to class on time, beginning at 10 until 10:17. He later clarified that students would not be marked tardy for attending the memorial.