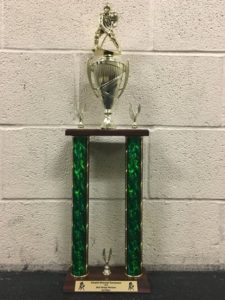 This weekend Perrysburg’s hockey team traveled to Strongsville, Ohio to participate in Walter F. Ehrnfelt High School Hockey Varsity Tournament. Jackets started the weekend off on Friday with a 5-1 victory over Gahanna Lincoln. Saturday they tied 4-4 with the Sycamore Aviators and then lost 5-2 to Beaver Creek that night. The players turned it around Sunday morning by beating Beaver Creek 2-1 to place third overall.

Another exciting event of the weekend: goalie Will Keune joined senior Jacob Beitzel and junior David Wilhelm as the team’s third co-captain.