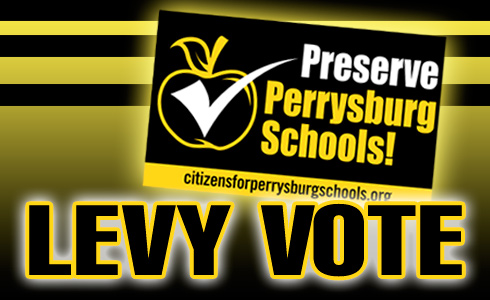 Recently, the Perrysburg School District Levy Renewal has earned itself a spotlight in local chatter. The levy is set to go to the ballot boxes Tuesday, November 8th, 2016. The levy is a renewal, meaning that the tax rate would not change. Citizens would continue to pay the same amount that they are currently paying today.  Another detail about the levy is that if put into effect, the levy would never need to go up for renewal again.  This levy accounts for 27% of Perrysburg Schools’ funding. That’s about 16 million dollars of Perrysburg school district’s capital. Superintendent Tom Hosler was recently interviewed to give a visual of what Perrysburg Schools could look like if the levy fails.

According to Hosler, the school could continue to function if the levy fails, but “it would be a very different school district.” Perrysburg as we know it now is praised highly in the field of the arts and for athletic programs.  If the levy were to fail, the money that funds Perrysburg arts and sports programs would no longer be provided; the programs could be terminated completely. Only the basic extracurriculars, art/gym/etc.., would remain because the school is required by law to provide them. The school day itself would look very different as well. The high school day as it is now is longer than the state requirement. The day would be cut shorter in order to preserve funds.

The school district set up would adapt to the new budget as well. The new fifth and sixth grade building would not be put into use. Three elementary schools could be consolidated into two buildings in order to save on utility bills. Staffing would need to downsize and so about 74-93 teaching positions would be cut.

Maintenance grounds staff would also be reduced.  Along with the compromised conditions at school, the situation surrounding morning transportation would most likely become unsatisfactory. The bus system that transports children to and from school would be discontinued.

Other stories by Caitlin Taylor: